Woman Adopts Pit Bull from Shelter, and He Can’t Stop Hugging Her 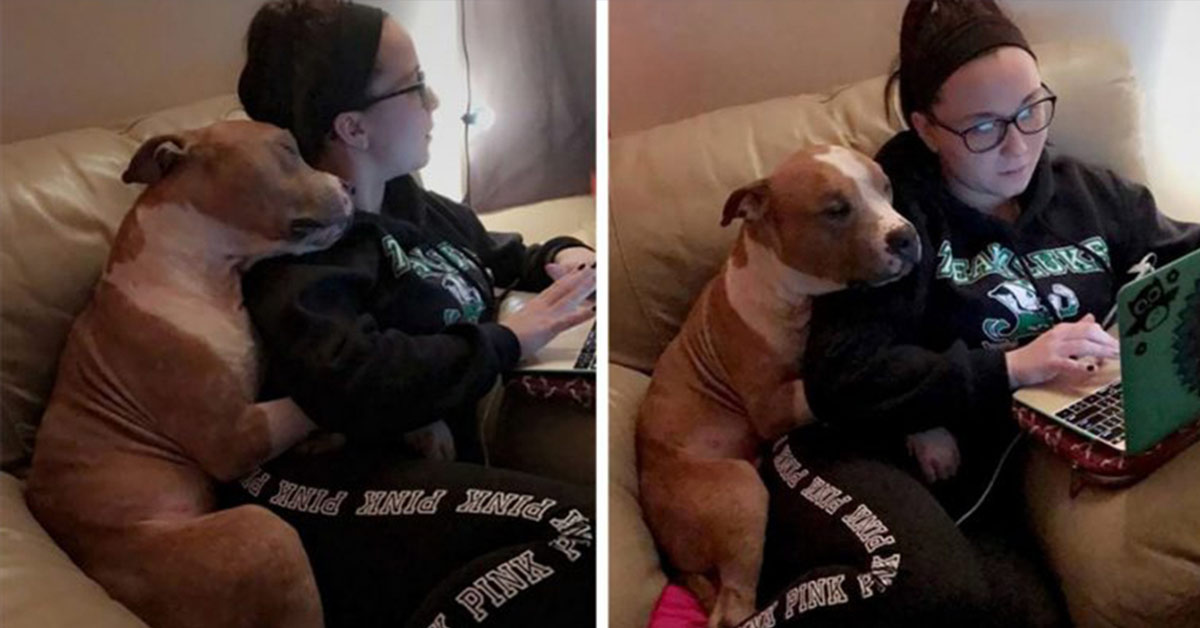 Gratitude isn’t an emotion unique to humans as many intelligent animals have shown that they can be as grateful as the next person. It comes as no surprise that some animals would be quite appreciative when rescued from dire situations.

No one could have predicted how eternally grateful and blissfully happy Russ, the adopted pit bull, would feel after his change of fate. When Kayla Filoon, a 20-year-old student who volunteers at the ACCT animal shelter in Philadelphia as a dog walker, saw Russ for the first time, she felt a special bond between them.

“He came in as a stray, and he was really beat up,” Filoon told reporters. “He was missing fur on his tail and ears. He was also terribly skinny. He was just sitting there calmly, staring at me… And I thought… I need to take him now.” [1]

She knew she had to act fast since sick unclaimed dogs usually didn’t make it at the shelter where 15 dogs had recently been put to sleep.

“Any dog had a chance of being put down, especially the ones who were sicker, and Russ was definitely one of them,” said Filoon. Russ was losing fur and looked very skinny; his chances of survival were slim.

She went to the shelter the very next day to sign Russ’s adoption papers. When they made it home, Russ wasted no time joyfully snuggling up to his new mom and hasn’t left her side ever since. A photo of Russ hugging his savior as she worked on her laptop has since gone viral.

“One night I’m sitting there on the chair, doing my homework, and he’s trying to find ways to cuddle with me,” Filoon said. Her friend decided to capture the touching moment and put it on social media as a motivation for others. The picture which was posted on Facebook had the following caption:

“And THIS right here people is why you should adopt!!! My niece and her newly adopted ACCT Philly dog of less than 2 weeks. Talk about being grateful. There are just no words to truly describe the sweetness in this photo.

About 5,000 animal shelters are operating in the country, and most of the animals in them are strays, lost, abandoned, or surrendered. These are mostly made up of dogs and cats, and sometimes sick or wounded wildlife. Although some no-kill animal shelters exist, it is a standard practice to euthanize wounded, unhealthy, and abandoned animals that remain unclaimed.

This, however, is done to ensure they can offer refuge to every animal in need. Consequently, no-kill shelters, often referred to as “turn-away” shelters, have the luxury of not euthanizing pets because they turn away needy ones that they deem unadoptable. However, many people have argued that turning away animals is the crueler option as it leaves them in grave danger. [3]

Humans to the rescue

Many people like Russ’s new mom are doing their part to ensure our four-legged friends get the love and care they deserve. You too can be a hero in the following ways: