Woman clinically died for 27 Minutes, Scribbles a Terrifying Note after she was Resuscitated 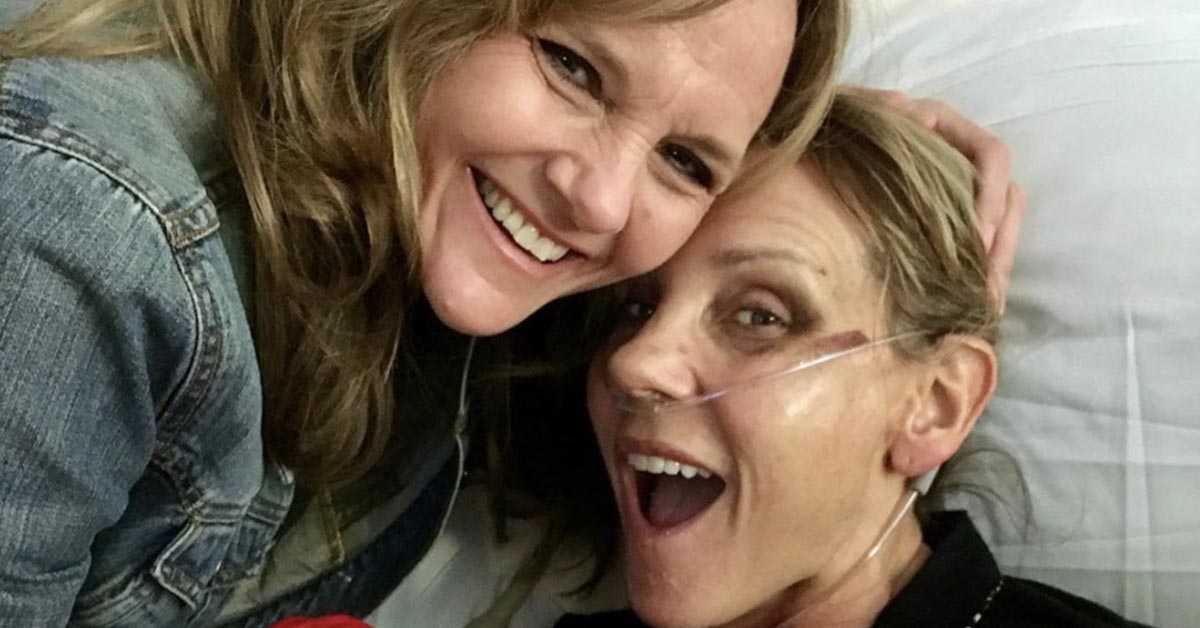 “The people in the room asked ‘what’s real?’ and she responded by pointing up to heaven with tears in her eyes.”

In February 2018, Tina Hines suffered a cardiac arrest on a lovely morning while she was about to go jogging with her husband in Arizona [1]. The mom-of-four had always been perfectly healthy, working out regularly, and eating all the right things. She just had one big stroke of bad luck that day. Her husband, desperate to save his wife, swung into action and performed CPR on her, resuscitating her twice before the ambulance arrived. Tina’s doctors say that she wouldn’t have made if he had driven her all the way to the hospital without first aid. He saved her, but within those 27 horrifying minutes of both their lives, Tina had a rather chilling Near-Death Experience.

“Her eyes didn’t close, and they were rolled back in her head,” Brian Hines, Tina’s husband, said to AZFamily [2]. “She was purple and not making any noise or breathing.”

The paramedics had to shock her five times before they got to the hospital. She survived by what was later termed a medical miracle. No many people would pull out of being shocked five times. She was put on a defibrillator at the hospital and was finally stabilized.

When she came to, exhausted and disoriented, Tina asked for a pen and a paper pad. In a barely readable scribble, she wrote, “It’s real,” with her letters forming a sort of alphabet soup. Her family didn’t know what she meant by that, and when she was asked, she made a weak upward-pointing gesture, towards heaven.

Earlier this year in June, Tina’s niece, Maddie Johnson took to the Instagram page to share her aunt’s experience.

(sharing because this story is too cool not to share) A little over a year ago my Aunt Tina, one of the most amazing, discerning, and healthy people I know had an unexpected cardiac arrest and according to doctors had died and was brought back to life four times by my Uncle Brian and first responders before arriving to the hospital. She was put on a defibrillator and after miraculously waking up the first thing she did, unable to speak because she was intubated, was ask for a pen and in my cousins journal wrote “it’s real”. The people in the room asked “what’s real?” and she responded by pointing up to heaven with tears in her eyes. Her story is too real not to share and has given me a stronger confidence in a faith that so often goes unseen. It has given me a tangibleness to an eternal hope that is not too far away. I love you @_tinahines! The way you boldly love Jesus and others has changed the way I hope to live and love❤️

A memory engraved on a wrist

Speaking to AZFamily, Tina said she saw heaven and hell, depicted only by gleaming gates in her vision.

“It was so real, the colors were so vibrant,” she said. She explains that she saw a figure she believes to be Jesus, standing behind glowing yellow gates while facing a pair of black gates. She now believes firmly that heaven and hell are real, and for her niece, Maddie, there’s hope for salvation.

Tina has recovered fully today, and she wears her defibrillator and pacemaker to prevent any sudden reoccurrences. When she was released from the hospital, she went with her husband, Brian, to express her gratitude to the paramedics and firefighters who’d saved her life. One of the paramedics who resuscitated her attested to the fact that Tina’s survival was a true medical miracle.

“It’s one of those calls that none of us will ever forget,” said another rescuer. “That I was a witness to a miracle is the way I look at it.”

Maddie decided to get a tattoo as a way of establishing her aunt’s experience as an emblem in her life. Using the note Tina had scribbled down, popular tattoo artist, Suede Silver replicated the eerie words on Maddie’s inner wrist. He posted the artwork on his Facebook page in June, and it has since garnered 353K reactions, 240K shares, 39K comments, with thousands of people sharing their own near-death experiences.

One user narrated, “So the date is September 14, 2004, my senior year in high school and the day before my birthday. I was driving home from the store and a woman with her kids in the back seat 💺pulled out of her driveway in front of me. I swerved to avoid hitting her and ended up wrecking my mom’s SUV 🚙. In the midst of the SUV, flipping I am lifted out of it and I see the whole thing happening about 20 feet in the air. Everything was in slow motion and as soon as the truck stopped moving I jumped up and was about 10 feet from the truck. I had minor injuries but the SUV was totaled. I will never forget that experience. I saw it as clear as day.” He received 2.4K reactions.

While many people had their Christian faith strengthened by Tina’s story, others went down the scientific route, attributing her visions to increased brain activity.

One comment on Instagram read, “Clinical death isn’t biological death. Hate to burst the bubble… your brain is still working so it’s no different than dreaming. When your heart shuts down your central nervous system works and that shock can send a wave of euphoria to ease your body. Thoughts and memories can and will def occur. Active brain. Clinical death is a term they are trying to rid from use for many reasons. Cool concept though, definitely.”

A popular study was conducted by researchers at the University of Michigan in 2013. Published in the Proceedings of the National Academy of Sciences, the study explained that the levels of brainwaves are at their highest just before death, BBC reports [3]. The scientists report that this increase in brain activity could give rise to a heightened state of consciousness, a phenomenon described as a Near Death Experience.

The study involved nine rats at the point of death. In the 30-second window just after their hearts had stopped beating, the researchers recorded a sharp increase in the frequency of gamma oscillations, the fastest kind of brain waves that contribute to the simultaneous processing of information in various parts of the brain.

“One limitation is that we do not know when, in time, the near-death experience really occurs,” Dr. Jimo Borjigin, lead researcher. “Perhaps it was before patients had anesthesia, or at some safe point during an operation long before cardiac arrest. However, for those instances where experiences may occur around the time of cardiac arrest – or beyond it – these new findings provide further meat to the bones of the idea that the brain drives these fascinating and striking experiences”

Neuroscientists are still working hard to understand this amazing phenomenon. However, for people like Tina and her doting niece Maddie, the experience brought a positive change into their lives, and that’s all that really matters.