Woman Gives Birth To Twins From 2 Different Dads, Her Husband And Her Lover 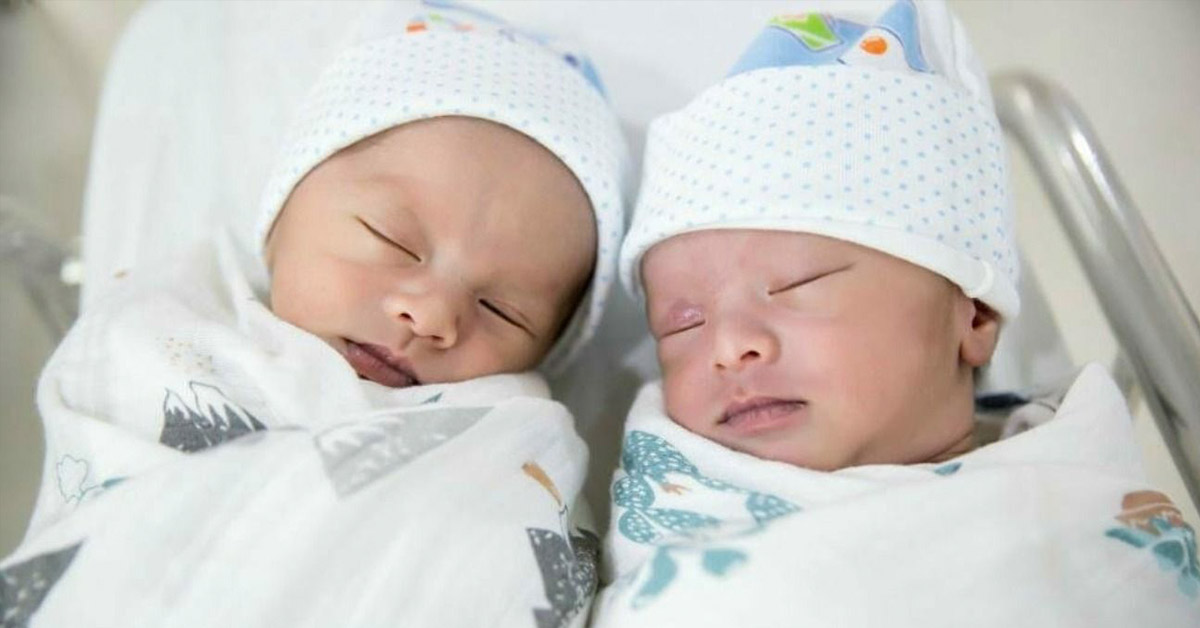 We’ve heard about fraternal twins, where two different sperms fertilize two separate eggs. We’ve also heard about polar-body twins, which occur when an egg divides into two distinct parts: a polar body and a primary body. Then identical twins occur as a result of a sperm fertilizing one egg, which split into two. All of these are terms we are familiar with. But what if you heard that there’s a phenomenon that allows a woman to carry two babies belonging to two different men at the same time? I bet you are currently looking at your screen and trying to make sense of what you’ve just read. Not to worry. I had that exact reaction as well. While you may think it’s impossible, hetero paternal superfecundation does happen. [1]

In a story emerging from China, a father has just confirmed through a DNA test that only one of the twins his wife had belongs to him.

Since twins who are born as a result of this phenomenon are rarely alike, the father was immediately alerted to the fact that the second son bore no resemblance to him, but he kept his fears to himself. Fortune smiled at him when a paternity test was required for registration of the twins at the local police station; the test is requested to prove parenthood in Xiamen, where the couple resides.

In a bid to satisfy the requirement, the couple headed straight to the hospital where the test was conducted. There the man received the news, which was not too shocking for him since he had suspected that his wife had been cheating on him all along.

According to a director at the Fujian Zhengtai Forensic Identification Centre, Mr. Zhang, the father was furious when he read the report. After questioning his wife, she accused him of trying to falsify the test results. A thousand denials after, the woman finally admitted to having a one-night stand. [2]

While the father has no qualms with raising his child, reports state that he has no plan to raise the other twin as his own.

Is superfecundation a thing?

While superfecundation is rare, it does happen. It occurs when two different men fertilize two different eggs. It can happen with two separate fathers or the same father. Although it may sound confusing, it is very easy to understand.

Usually, a woman releases eggs while ovulating. A lack of fertilization will make the uterus or the womb shed its lining and become what is known as menstruation. However, if the woman has had sexual relations without using any contraceptives, the sperm fertilizes the egg and results in pregnancy.

How does heteropaternal superfecundation occur?

This phenomenon occurs when a woman ovulates after she’s already pregnant and has intercourse with two men within the space of five days. Since the sperm can live for up to five days, if a woman releases an egg after she’s already pregnant and she has sex with the same man or another man, there’s a possibility of her getting pregnant twice over. While this has to occur within five days typically, there have been rare cases of eggs being fertilized months after the first was fertilized.

“He knows me as his father, and I know him as my son.“

This isn’t the only reported case. While it is indeed unusual, it occurs occasionally. In Texas, a woman has also experienced something similar, having had two children for two different men. Her partner, James Harrison, had noticed that Jordan and Justin, the twins, looked different. After the paternity test, his fears were confirmed. He admits that he was hurt and unsure of what to do at the time. Eventually, he decided to raise both boys as his own.

“I was hurt, torn apart — didn’t know what the next move was gonna be,” he said “Nonetheless, I have loved both boys the same since then. “I raised him [Justin] from a baby all the way to now. He knows me as his father, and I know him as my son.” [3]

Determining how frequent this occurs is impossible, owing to a lack of information and research. However, the last study conducted in 1993 revealed that at least one dizygotic twin maternity in twelve is preceded by superfecundation. Research also shows that superfecundation accounts for over 2% of paternal suits in the U.S involving twins. [4]

Common in other species

While this phenomenon is infrequent in humans, it is fairly common with animals such as cows, cats, dogs, and rodents. Because of this, some animals, like the dragonfly, damage the female’s reproductive organs with their penises, so another dragonfly cannot impregnate them.