Woman spends thousands of dollars to triple the size of her lips, and still wants to make them bigger to appear ‘prettier’ 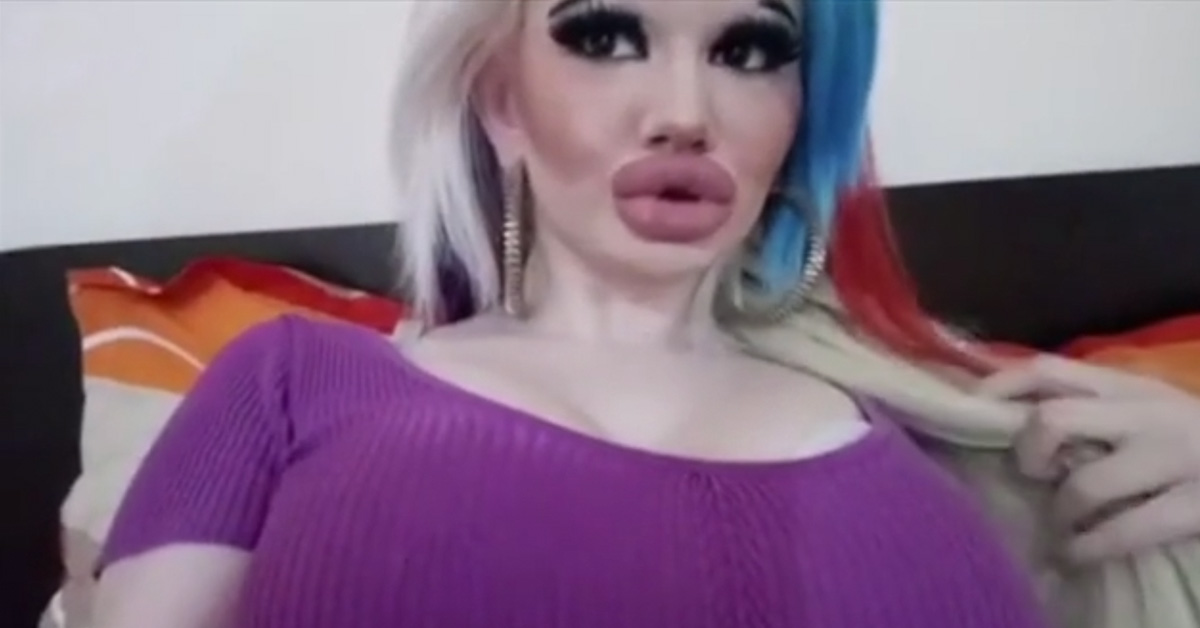 Every day, more people are spending thousands of dollars to fit in with society’s definition of beauty. From double eyelid surgery to breast enlargements and lip surgeries, the list goes on. “If it’s a body part, it can be augmented” is an accurate way to describe the situation.

This Bulgarian student is obsessed with the size of her lips. She wants them to be massive; so far, she’s had over a dozen procedures, but she’s not going to be content until they’ve tripled in size.

Andrea, a 22-year-old German Philology student from Bulgaria wants to look like a Barbie doll. While studying at Sofia University St. Kliment Ohridski, Andrea has spent over $2,500 on lip fillers. In a typical example of style over substance, the Instagram model, who has over 18,000 followers on Instagram, wants them to be bigger. To that end, she had visited almost all the beauty clinics in Sofia and has been injected with different kinds of lip fillers.

Princess Volume, Princess Filler, Hyaluronic Vital Esthetique, Apriline Forte, Revolax Deep, and Teosyal are some of the fillers she had used. These hyaluronic acid-based fillers cost quite a lot of money, just 1ml of hyaluronic acid is a standard 300 Lev in Bulgaria — that’s around £135 — but Andrea doesn’t mind breaking the bank so she can get the perfect “pucker up.” [1]

Andrea isn’t bothered by what people think about her

She wants to feel prettier and more fashionable with a larger pout, and a couple thousand negative comments aren’t going to stop her. Andrea, who has always been an attractive woman even without the fillers, said, “I like my lips now, more than before and I feel very good and happy with my new lips, because according to me with bigger lips, I look prettier and in my country, thus is fashion now.” [2]

Andrea gets many comments from people about her lips. Some are positive while some are negative. She said women leave the most negative comments on her page. She also claims to have received marriage proposals on Instagram, as well as severe backlash. Notwithstanding the criticism, Andrea doesn’t think there is any limit to how much bigger her lips can get.

She said, “Other people’s opinions are irrelevant. Each person’s lips are different and each person has an individual restriction on enlargement; how many milliliters of fillers can the lips endure.”

Andrea sees herself as a unique girl with her own style. “I’m broad-minded and I think people should be free to choose which one is for them big, bigger or too big. There are no boundaries for me.” [3]

Is Andrea a copycat?

Many people undergo extreme plastic surgery to join the latest trend, whether or not it’s good for them. Andrea does not think she’s one of these people. “I think I’m unique, different, and I have a completely individual style and vision, therefore, journalists wrote articles all over the world about me. I don’t look like anyone and I don’t imitate anyone,” she said. [4]

Keeping up with the ‘plump lips’ trend, or not?

One may think Andrea is addicted to lip fillers, but she denies that. All she offered was that she has always wanted them, but it’s not an addiction. [5]

Who is Andrea’s biggest competition?

If Andrea wants to have the biggest lips in the world, she has to beat Kristina Rei who currently holds the Guinness World Record for it. Born in St. Petersburg, Russia, Kristina had always hated her thin lips, because she believed they made her ugly. All she wanted was to look like Jessica Rabbit, the cartoon character in Who Censored Roger Rabbit? She has gotten over 100 silicone injections. Andrea has a long way to go if she’s ever going to beat Kristina to become the owner of the world’s biggest lips and no one is sure it’s worth it. [6]

The truth about lip injections

While lip fillers are often used for aesthetic purposes, they can also be used to help correct defects or create a more balanced facial structure, according to Dr. Winnie Moses, founder and medical director of Parfaire Medical Aesthetics.

However, it is pertinent to note that there could be side effects such as necrosis, also known as tissue death, a rare complication of injecting a foreign substance into your body. Dr. Moses recommends finding a well-qualified and well-trained professional to do the job.

Also, many people think fillers are permanent, but this is not the case. According to Dr. Moses, “Most lip fillers last about six to nine months due to frequent lip movement.”

For those who desire a fuller pout without fillers, there are also more natural means of plumping up one’s lips. Founder of Kovak Dermatology and Laser Institute Stan Kovak said, “Less invasive options include addressing the placement of lip liner and lipstick, lip moisturizers such a balms, and topical hyaluronic acids, and even some controversial lip plumpers that create a suctioning effect to temporarily swell lips.” [7]