“Yes, I Can Do Anything I Want!” 7-Year-Old Girl with Down syndrome Goes Viral as She Shares Inspiring Messages 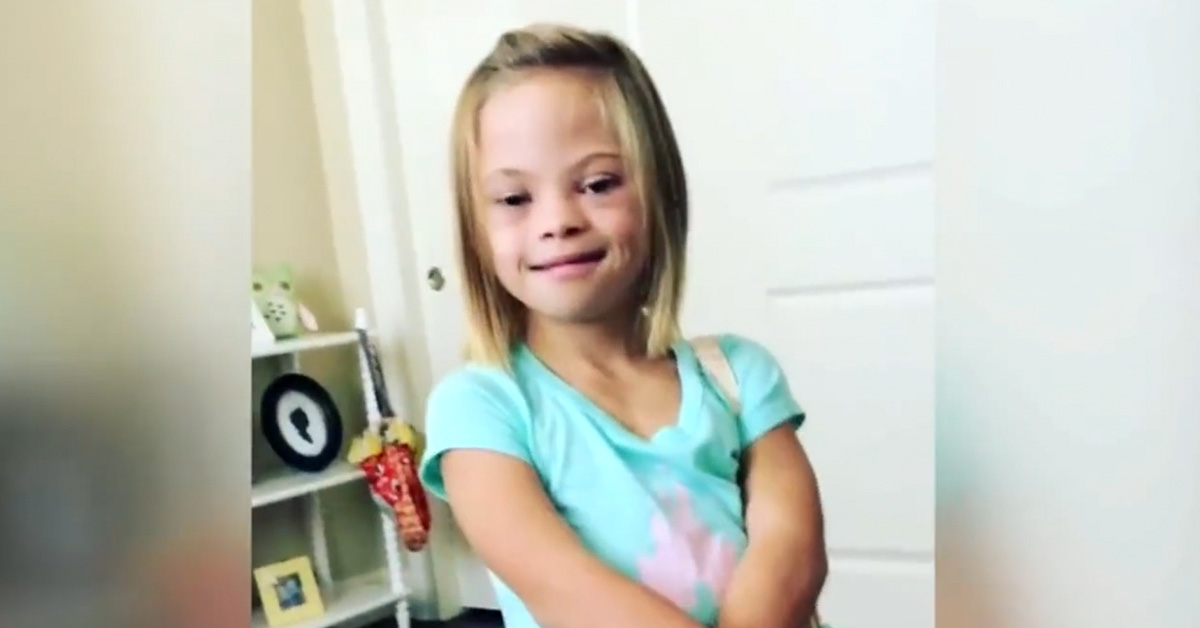 I’ve never seen anyone so brave, fearless, and positive.

Sofia Sanchez was born with Down syndrome and spent the first 14 months of her life in an orphanage in Ukraine, abandoned and alone. [1] Jennifer and Hector Sanchez from Sacramento, California adopted her in the spring of 2010 and gave her a home. The couple has three sons, and the youngest, Joaquin, was born with Down syndrome. He inspired them to seek out another child who needed unfailing love and support, and Sofia came to be theirs for life.

With 46K followers on Instagram, Sofia and her family have gone viral as a source of inspiration to thousands of people online. Called The Sanchez Six, they share details of their everyday life as the children live in a world of endless adventure. Sofia’s brothers adore her and look out for her like the princess she is.

Sofia is a fourth grader at a public elementary school in Sunset Ranch. [2] She doesn’t attend a special needs class and is very involved in all her school activities. She writes with a tablet so she can keep up with the others. Sofia is a renowned foodie who also loves dance, cheerleading, music, acting, and modeling. She hopes to be an actress and model someday.

In an interview with her mom, Jennifer, Sofia was asked if Down syndrome was scary. With a shockingly positive attitude, the lovely girl replied, “No, it’s not scary. It’s so exciting.”

Jennifer posted a video of the minute-long conversation on her Facebook page, and it went viral with millions of views. The mother also received many messages about the clip.

“I’ve read message after message saying, ‘It’s so inspiring to hear about someone who loves themselves so much,’” she told CBS News. “I realized that I don’t think people hear enough from people with the disability describe just how great they feel about themselves.”

Sofia is proof that Down syndrome should never hold anyone back. She’s living an adventurous life, chasing her wild dreams, and staying happy every day.

Sofia is surprisingly a very athletic child and runs faster than many of her peers. She enjoys swimming and track activities and of course, she loves taking pictures.

“Yes, I can do anything I want! Anything at all,” a happy Sofia said.

You can be anything you want to be

October is Down Syndrome Awareness Month, a special time where every person with a third copy of the chromosome 21 lets the world know that they are just as capable as everyone else.

A spokesperson for the National Down Syndrome Society wrote on their website: “I would like everyone to call us differently-abled as opposed to retarded (hate that word), handicapped (almost as bad) or someone with an intellectual developmental disability (sounds like science to me) because just about every one of us is differently-abled in some way.

“We have the same wants and dreams as everyone else. We can do anything anyone else can do. We are more alike than we are different. I can drive, go to college, maintain a job as the Manager of Grassroots Advocacy at the National Down Syndrome Society and be the first registered lobbyist with Down syndrome. We want to date and get married. We want the American Dream, the same as anyone else.” [3]

Just like Sofia Sanchez and Chelsea Warner, Down syndrome doesn’t make anyone any less special or normal than others. Society may be taking way too long to accept and understand this, but a time will come when people will realize that we are all the same.