Young Woman Rescues a Wounded “Dog” on the Streets, Finds Out It Was Wild Coyote 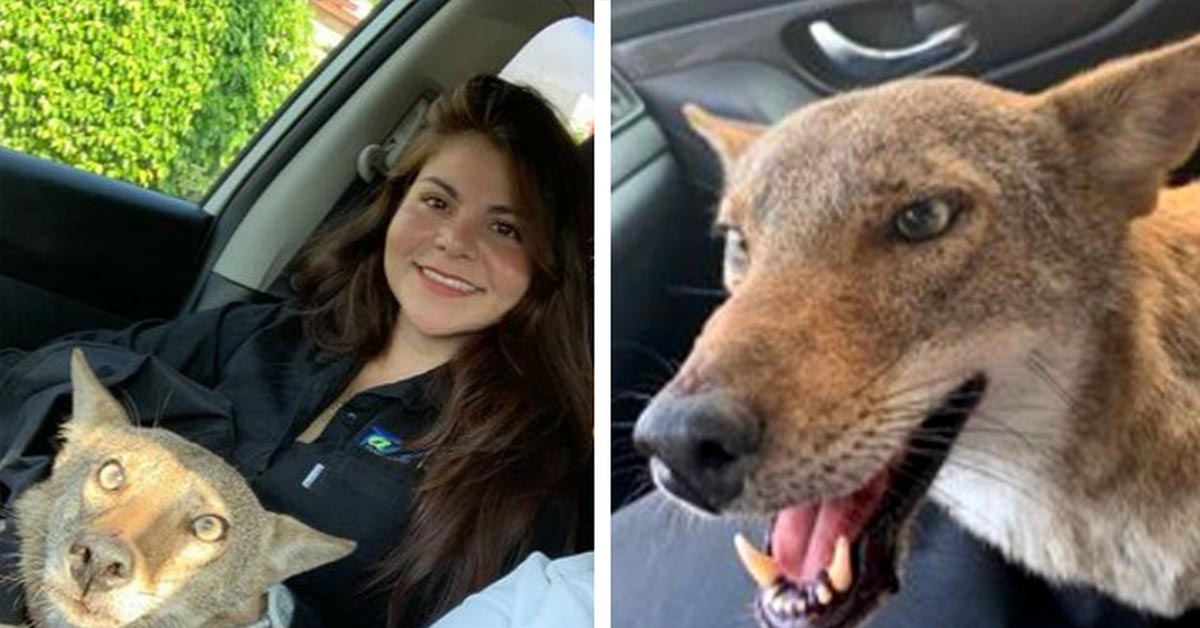 Have you ever been caught in a case of mistaken identity? It can be quite annoying and embarrassing to be mistaken for someone else, especially if there’s  little resemblance between you and the other person. This was precisely how this wild coyote must have felt.

Andrea Athie, a young woman living in the Mexican state of Tamaulipas, has gone viral on Latin American social media after she shared the story of her rescuing what she thought was a dog in distress. However, as the young Samaritan soon found out, the wounded creature she rescued turned out to be a wild coyote.

While she was driving along Ciudad Victoria, Andrea noticed the pitiful “dog” struggling on the roadside with what appeared to be a broken leg. She didn’t waste any time coming to the canine’s rescue. She retrieved the animal and brought it into her car before driving off in search of professional help.

Imagine her surprise when she arrived at a local veterinarian’s office and was told that her docile “dog” was, in fact, a coyote.

The story of the  mistaken identity quickly went viral after her brother, Alejandro, called attention to what happened by tweeting photos of the coyote with the caption: “Today my sister picked up a COYOTE thinking it was a run-over dog and took it to the vet.” [1]

To which Andrea responded, in a similar joking spirit:

A few days later, she announced “for all who are interested,” the coyote — whom she christened “Pancho” — was being taken care of and in good health. Andrea was also emphatic about the fact that the coyote was actually very docile and friendly and never tried to attack her at any point.

Andrea also promises to ensure that Pancho will continue to receive intensive treatment to help him regain the use of his hind legs. She added that “for his sake, he must have the best possible quality of life and isn’t made to suffer. Every effort is being made to recover [him].”

She concluded by saying that since Pancho is a wild animal, it is normal for him to become depressed while away from his natural habitat. The coyote didn’t want to eat or cooperate with his veterinarians, which hindered their progress, but they will keep on trying to heal Pancho until he regains his health.

A case of mistaken identity in the wild

The coyote is a canine native to North America. It is a member of both the dog and wolf family and lives primarily in the deserts and open prairies. However, it is not unusual to find coyotes roaming the continent’s forests and mountains nowadays, and there have even been sightings of these animals in colonized cities. [2]

Coyotes share a lot of the same features as their relatives, which include wolves, dogs, foxes, and jackals. These features include bushy tails, narrow snouts, thick shaggy fur, lean bodies, and yellow eyes. Also, most fully grown coyotes are smaller than wolves; they are about as big as medium-sized dogs. [3]

Therefore, it is no wonder Andrea assumed the wounded animal was a domesticated dog.