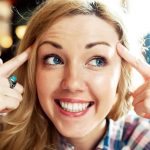 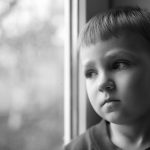 Your Brain Doesn’t Look Like How You Think It Does 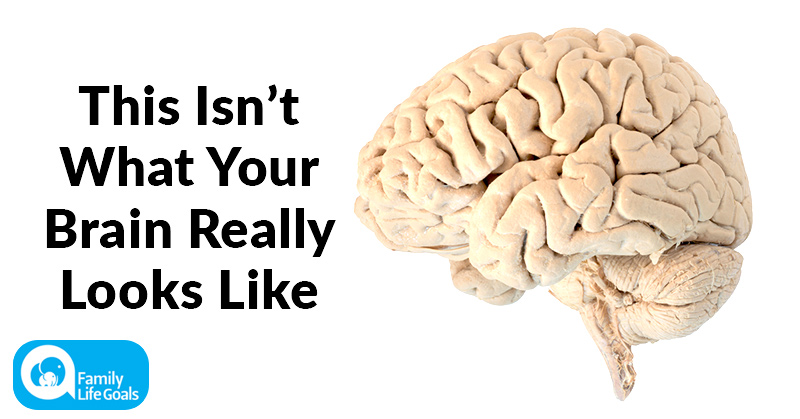 This article is republished with permission from our friends at The Hearty Soul.

Let’s do a 5-second experiment. Think of a color- any color at all. Now think of a tool. Got it? Odds are, you’re thinking of a red hammer right now.

You just saw for yourself how your brain handles concepts and categories. For every concept that you have a word for, your brain keeps a classic example handy- it’s the first thing that comes to mind. But that mental concept isn’t always actually reflective of reality.

For example, when you think of the word ‘brain‘, you probably briefly envision a fairly large, rubbery organ about the size of a head of cauliflower. Perhaps you imagine the human brain to be relatively heavy and sturdy in its shape- something like this: 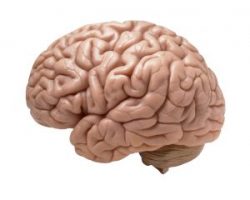 Watch: This is What The Human Brain Actually Looks Like

The thing is, most people’s mental concept of the human brain is actually based off of what’s called a ‘fixed’ brain, or in other words, a brain chemically treated to maintain the integrity of its shape. In truth, your ‘unfixed’ brain looks different- mesmerizing even.

Dr. Suzanne Stensaas of the University of Utah gives us a virtual tour of the unfixed human brain in the following video. You might be surprised at how different the texture and structure of your brain actually is!

Keep Reading: Being Forgetful is Actually a Sign of Intelligence

8 More Surprising Facts About the Brain

It’s also interesting to note that the average adult brain weighs about 3 pounds and only about 6 inches long.

1. The human brain is about 73% water. And 63% of the ‘dry’ mass is actually fat; in fact, your brain is the fattiest organ in your body.

2. Your brain has about 86 billion neurons (this is what “grey matter” refers to) and billions of nerve fibers (“white matter”). In fact, humans have more neurons per brain area than any other animal we know of. In order to pack that many neurons into one space, our brains have those recognizable “folds”.

3. “The more complicated a brain gets, the more gyri and sulci, or wiggly hills and valleys, it has,” says Eric Holland, a neurosurgeon and cancer biologist at the Fred Hutchinson Cancer Research Center and the University of Washington.

5. Humans also have the largest frontal lobe of any known animal. This area of the brain is responsible for complex thought which allows us to understand abstract concepts, plan for the future, and so much more!

6. Your brain is divided into two hemispheres, and although they’re not exactly identical (for example, your linguistic capabilities usually live mostly in your left hemisphere), there isn’t much evidence for people being ‘left’ or ‘right’ brained.

7. While we’re myth-busting, it’s a complete falsehood that humans only use 10% of their brain at a time. You’re always using your whole brain, even when you’re sleeping! But different brain activities fire off different series of neurons.

8. Restrictive diets can actually cause the brain to “eat” itself. If you’re not providing your body enough food to send energy to your brain, it will use brain cells as a last resort to keep running.

Watching this video gives us a better appreciation for neurosurgeons. The human brain is a lot more vulnerable than it might seem!

Keep Reading: The 7 Most Common Signs of a Brain Tumor