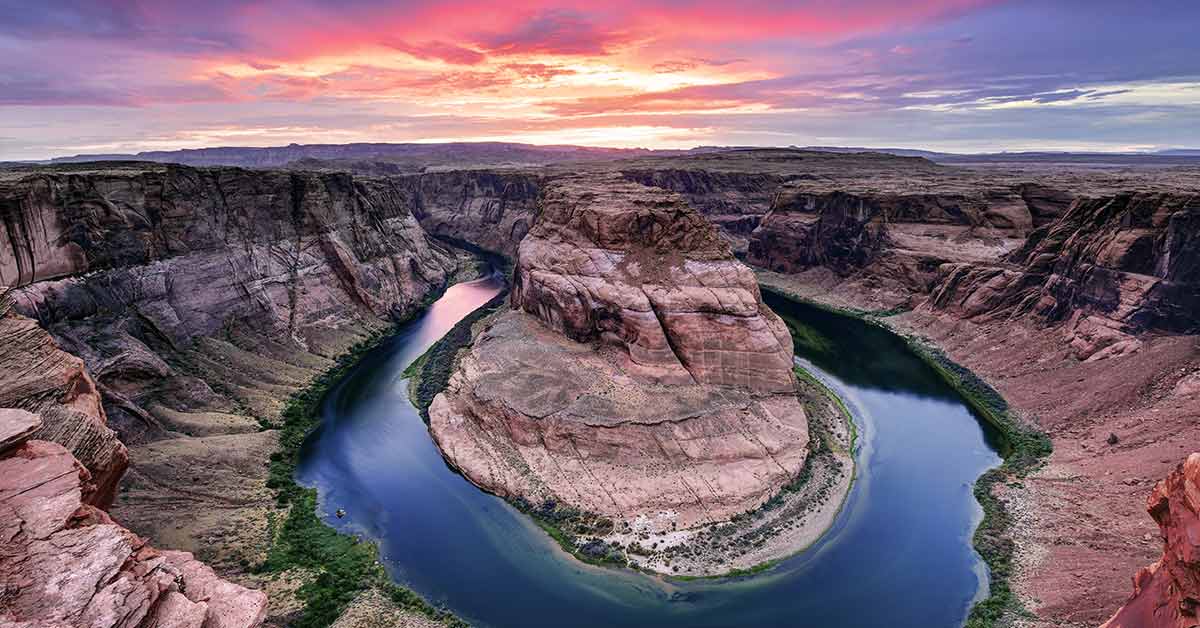 Now that schools have shut down and the country is temporarily on hold owing to the Covid-19 pandemic, being in a house filled with kids with nothing to entertain them is the stuff of nightmares. However, we’ve got you covered. Rather than allow them while away time and get in your way, here is something to keep them entertained: a virtual tour. Right from the comfort of your own home, they can explore these parks virtually, allowing them to learn and have fun at the same time. [1]

Powered by Google Earth, these national parks can be explored in a 2D or 3D format. They can walk around the parks and get to experience these amazing places like they are physically present. In the video, a local ranger acts as a tour guide and gives them information on these places. So what are you waiting for? Take advantage of these 29 amazing parks.

The black canyon of the Gunnison national park is located in western Colorado, the U.S. It was initially established as a national monument in 1933 before being elevated to the status of a national park in 1999.

Derived from its black-stained, lichen-covered walls, the black canyon has roads on both south and north rims, with foot trails and overlooks that reach about 2,400 meters above sea level. The black canyon houses rock squirrels, foxes, coyotes, bald and golden eagles, mule deers, bobcats, and a wide variety of eagles.

The Sequoia National Park is located in the forested area of Sierra Nevada, California, the U.S. The park was established in the year 1890 to protect one of the world’s oldest and largest living things: the giant sequoias. To the eastern boundary of this park, lies Mount Whitney. The monument itself measures about 1,326 square miles.

Arches National Park is located in eastern Utah, the U.S. It is adjacent to the Colorado River, and north of Moab. As the name suggests, this Park contains the highest density of sandstone arches in the world. It comprises more than 2,000 unique formations and geological resources, one of which includes the famous Delicate Arch.

Zion National Park is located in Utah, near the town of Springdale. The park features breathtaking scenery and canyon walks that are tan-colored and reddish. The park has an unusual variety of animals and plants and consists of mountains, rivers, canyons, natural arches, rivers, and monoliths.

Renamed the Acadia National Park in 1929, this beauty is located in the state of Maine, southwest of Bar Harbor, U.S. It preserves many smaller islands, the Schoodic Peninsula on the coast of Maine, and the Mount Desert Island. The park, comprising ocean coastline, lakes, wetlands, mountains, and ponds, sits on a total of 49,075 acres. It houses wildlife such as black bears, turtles, salamanders, wood frogs, white-tailed deers, waterfowl, and 331 birds.

Located in South Dakota, United States, Badlands National Park sits on a staggering 244,000 acres of pinnacles, spires, eroded butter, and mixed-grass prairie. Riddled by erosion, the park is desolation at its purest, in picturesque and sedimentary layers of red and orange, volcanic ash, and purple and yellow.

Located in southwest Texas, the Big Bend National Park includes a large swath of the Chihuahuan Desert and the entire Chisos mountain range. It is home to a wide variety of plants and animals, which include mountain lions, tarantulas, coyotes, Burberry sheep, roadrunners, rattlesnakes, javelinas, 1,300 different species of plants, 75 different mammals, and 450 species of birds.

Established on February 25, 1928, Bryce Canyon National Park is located in Southwestern, Utah. It sits on 38,835 acres and receives millions of recreational visitors yearly. Despite having the canyon in its name, what sets it apart is the collection of giant natural amphitheaters formed by nature along the eastern side of the Paunsaugunt Plateau. The side range of colors from the sedimentary rock provide for a spectacular view for park visitors.

Named after Grand Teton, the tallest mountain in the Teton Range, the park is located in Wyoming, United States. It was established on the 26th of February, 1929. It is home to over a thousand species of vascular plants, 300 pieces of birds, over a dozen fish species, some reptiles and amphibians as well.

It sits on a mind-blowing 1.13 million acres of land!

While we wait for this situation to pass, we hope your kids can enjoy all the breathtaking scenery of these places.