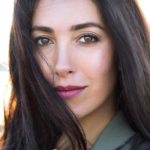 The True Reasons You’re Attractive, According to Science

Losing A Pet Can Hurt As Much As, Sometimes Even More Than, Losing A Friend Or Relative

Fossil fuels have constituted 80% of the fuel consumption in the United States since 1900. The over-reliance on oil and coal has led our planet to the brink of environmental catastrophe. From January to June of 2016, the earth experienced its hottest year on record with as much as a four-degree temperature increase in the parts of the Arctic.

As the consumption of fossil fuels around the world continues, we further the adverse effects of global warming. With vast swathes of North America having had unusually low rainfall this year, it appears that people are beginning to wake up to the reality of the dangers of using unsustainable energy sources.

Over the past five years, ten American cities and towns have made the pledge to go green and completely stop using unsustainable energy. With 66.9% of all household energy being produced by fossil fuels, the difference that this move would make would be astronomical. These ten pioneering cities prove that saving the planet isn’t hard; someone just has to go first.

With a population of just 785, Greensburg might not be used to making headlines but in 2013 they took a huge step to show the United States that it was possible to power an entire town exclusively through wind energy.

After being struck by a deadly tornado in 2007, the town realized that the use of fossil fuels increased the likelihood of extreme weather conditions and pledged to rid themselves of unsustainable power. Greensburg may only be a small town, but it is a giant in the environmental movement.

Following on within a year of Greensburg, Burlington became the first city to be powered entirely by sustainable energy sources. The 40,000+ residents of the city have all of their energy demands met through a range of different sources using hydropower, landfill methane, wind, solar, and biomass energy.

The beautiful and world famous ski-resort town of Aspen is powered by a mix of wind and water power. With over 6,000 residents being supplemented by thousands of skiers and snowboarders, it is a hugely significant green town.

This college town will be 100% renewable by next year, replacing oil with wind and solar energy. When the renewable status is given to the city, it will be the largest of its kind, with a population of nearly 55,000.

Situated on the coast, this seaside town of 21,500 residents, will be utilising the power of the wind as it considers building a huge wind farm, as well as investing heavily in solar energy.

Grand Rapids is the second largest city in Michigan, and if it can successfully reach its 100% renewable status, it could prove to be a landmark in America’s environmental future. By reducing the city’s energy usage and transitioning to solar energy, the city appears to be on course to hit its target.

San Jose is following the same plan as Grand Rapids to reach their ambitious energy target. The city’s population of 960,000 aims to use less energy and power the city by the strength of the sun.

One of the world’s most iconic cities, San Francisco’s plan to become a green city is hugely significant as a symbol that large successful cities can operate without fossil fuels. A range of different energy sources are being researched for both cost and efficiency and the full plan of how the city will ‘go green’ will be formulated in the next few years.

Rochester is already world renowned for its tireless work to benefit humanity, as the city that homes the Mayo clinic. Its 100,000 residents are due to be powered by sustainable energy in the next 15 years, although exactly what source of energy they will use is still up for discussion.

The largest city on this list has unsurprisingly given itself the longest deadline to reach sustainability. Although the preferred energy source is still being researched, their aim includes the plan to have 90% of the vehicles in the city run on electricity.

Thus far, the ten cities on this list are the only places in the United States to have made a quantifiable promise to quit their reliance on fossil fuels and switch to 100% sustainable energy sources. To ensure the future of both the country and the world, the only true hope is for others to follow their example. We are lucky to live on a planet that sustains an overwhelming amount of life. However, our continued consumption of fossil fuels is threatening the delicate balance that ecosystems rely on. There is much to do if we are to protect the planet we call home.

The True Reasons You’re Attractive, According to Science

Losing A Pet Can Hurt As Much As, Sometimes Even More Than, Losing A Friend Or Relative