If you’re an Android user, you may want to pay attention to this one. Google has been allegedly stealing cellular data from people using android phones. The company has apparently been doing this through unapproved and undisclosed transmissions to its servers.

Four plaintiffs in Illinois, Iowa, and Wisconsin filed the lawsuit, Taylor et al v. Google, in a US federal district court in San Jose. They are hoping that a judge will certify their case as a class action lawsuit.

The opening of the lawsuit is as follows:

“Defendant Google LLC (“Google”) has a dirty little secret. It designed the Android operating system to collect vast amounts of information about users, which Google uses to generate billions in profit annually by selling targeted digital advertisements. There are privacy implications for an operating system specifically designed to surveil mobile device users in order to refine Google’s targeted advertising business. But in the course of mobile surveillance, there is also an unlawful taking of Android users’ property—namely, their cellular data.” [1]

What does this mean exactly? Each month, you have a limited amount of cellular data available for you to use. That amount, of course, depends on how much you pay as per your monthly phone bill. This complaint is accusing Google of using some of that data to transmit information about android phone users. That information reportedly has nothing to do with their use of Google services.

The plaintiffs are concerned about passive or background data transfers that are occurring without consent when their phones are not even in use:

“Google’s misappropriation of Plaintiffs’ cellular data allowances through passive transfers occurs in the background, does not result from Plaintiffs’ direct engagement with Google’s apps and properties on their devices, and happens without Plaintiffs’ consent.” [1]

How Much Data do Android Phones Exchange with Google When They’re Not In Use?

The plaintiffs’ council tested a new Samsung Galaxy S7 to prove their point. They signed into the Google account and default setting and left the android phone to sit idle without a WiFi connection for the day. During that time, they found that the phone sent and received 8.88MB of data. 94 percent of those communications were between Google and the phone [2].

According to the council, when the phone sat stationary with no open apps, it still transferred data to Google about sixteen times an hour. That works out to about 389 times in a 24 hour period. This means that Google is receiving 4.4MB per day, or 130MB per month, per phone in this way.

Regardless of what the company is using that data for, the plaintiffs are arguing that this is, in effect, stealing. But if you use an android phone, what does that cost you? According to venturecapitalist.com, one GB of data costs eight dollars USD in the US. In Canada, it costs 12.55 USD [3].

In the US, that 130MB of data you lose to Google every month costs you about one dollar. For Canadian users, that number is even higher. It may not sound like much, but losing that data could be the difference between staying within your monthly data limit, or receiving overage fees.

By contrast, an iPhone that uses Apple’s Safari browser transmits only approximately one tenth of that amount.

Why Do Android Phones Exchange Cellular Data with Google When They’re Not In Use?

Apparently, most of this data is log files that record network availability, open apps, and operating system metrics. The plaintiffs, however, claim that Google could wait to transmit these files until the android phones have a WiFi connection. Instead, the company is choosing to send user’s data in order for them to collect information constantly.

The lawsuit is accusing Google of using these data transfers to send “tokens”. Tokens identify users in order to target advertising, and preload ads to generate revenue, even though the user likely never sees the ad.

“Users often never view these pre-loaded ads, even though their cellular data was already consumed to download the ads from Google,” they claimed. “And because these pre-loads can count as ad impressions, Google is paid for transmitting the ads.” [1]

The plaintiffs are trying to get back the value of the cellular data that Google took from them, beginning from whenever this practice started. The hope, for all those who use android phones, is that Google will end this practice so you can keep your data for yourself. After all, you are paying for it. 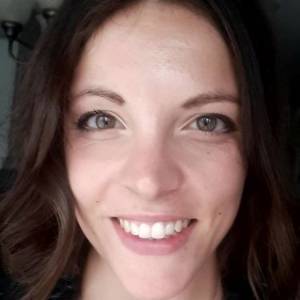 Brittany Hambleton
Freelance Contributor
Brittany is a freelance writer and editor with a Bachelor of Science in Foods and Nutrition and a writer’s certificate from the University of Western Ontario. She enjoyed a stint as a personal trainer and is an avid runner. Brittany loves to combine running and traveling, and has run numerous races across North America and Europe. She also loves chocolate more than anything else… the darker, the better!
Advertisement

Kitten and Chick Nap so Sweetly Together

North America Saw A Huge Spike In UFO Reports In 2019 – Have You Seen One?