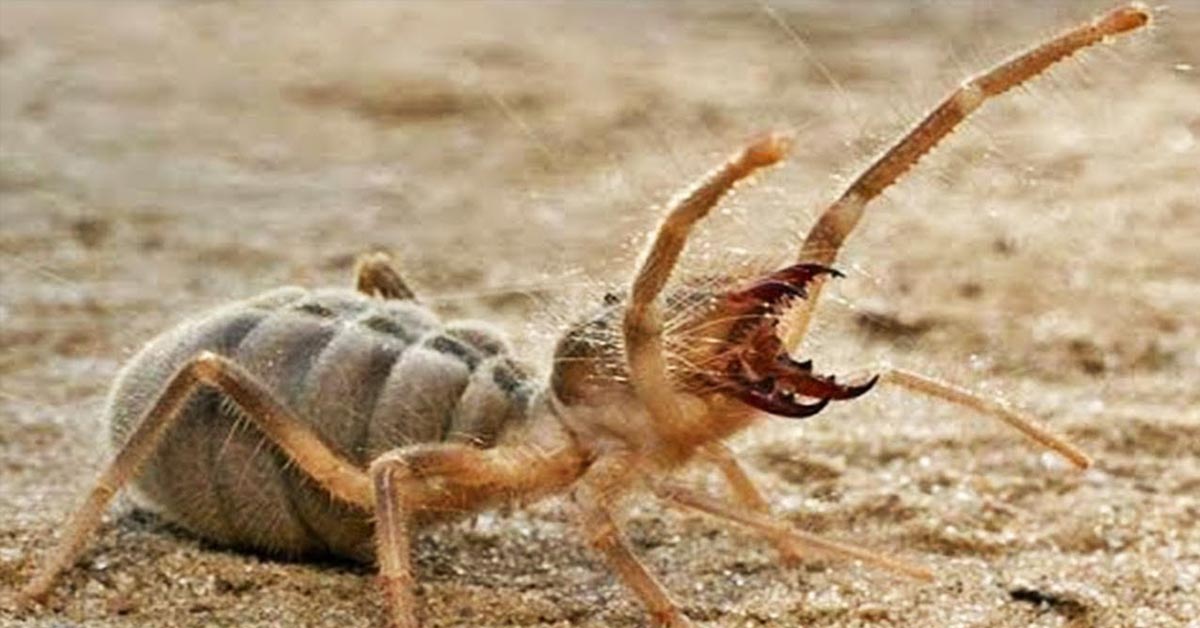 The debilitating fear of spiders is one of the most common phobias in the United States. As if that wasn’t bad enough, a builder from Arizona recently found a spider-scorpion hybrid that looks like the stuff of nightmares.

Did you know that the fear of spiders is called ‘arachnophobia’? This phobia often extends from spiders in particular to other eight-legged arachnids (like scorpions). It is believed to be an evolutionary response we haven’t gotten over since spiders have long been linked to illness and infections.

“It’s a very long period of coevolution — nearly 40 to 60 million years of it, that early human ancestors and spiders and snakes have interacted,” said researcher Stefanie Hoehl. She claimed that humans’ innate fear of these creatures serves as a natural defense mechanism, since many spider bites have killed or harmed our ancestors. [1]

This fear is often expressed as a feeling of disgust, although people with severe arachnophobia can have such an extreme aversion to spiders that they may be afraid to go into their homes if a spider is present.

Meet the horror creature from your nightmares

Thomas Acosta, a builder in Phoenix, Arizona, recently found a strange creature in his home that looked part spider-part scorpion. But while this may sound like the latest horror blockbuster villain, such a being exists in the real world. It is known as a camel spider, otherwise known as a wind scorpion — a cousin of both spiders and scorpions with traits seen in both.

“I didn’t know they are native to Arizona. I have seen camel spiders, but I heard of them in Iraq,” Acosta said.

Although the camel spider is called a spider, it isn’t actually one. Asides from its eight legs, the camel spider also has two extra leg-like appendages, which are sensory organs called pedipalps. Coupled with two powerful pinchers and massive jaws, this specimen is actually closer in relation to scorpions than spiders. [2]

As if this isn’t enough horror for one insect, camel spiders can also grow to enormous sizes, even large enough to eat small rodents, geckos, and birds. However, despite its alarming appearance, the camel spider is non-venomous, mostly keeps away from species bigger than it, and rarely causes harm to larger animals or humans.

Meanwhile, camel spiders have the largest jaw size to body size ratio of any known animal. According to a report by the Smithsonian, camel spiders are incredibly fast and can practically run into anything and everything. They also seem to have a penchant for killing ants, although they’ll eat pretty much anything they find, including beetles, termites, wasps, and other spiders. [3]

Paula Cushing, an evolutionary biologist, studying solifugids (sun spiders) at the Denver Museum of Nature and Science, says, “They’re voracious predators, and they will tear apart anything they can get their jaws on.”

Although camel spiders have a liking for mass-murdering ants, they don’t eat them. Instead, they are more interested in the ants’ nest.

“In the lab, I’ve seen them burrow down into the soil in such a way that you can’t even tell that there’s anything there,” said Cushing. [4]

Fortunately for Acosta, he’s safe from this monstrosity, but he does need to call an exterminator as soon as possible. “We do have a small pet, and I wouldn’t want anything to hurt her; she’s kind of old.”