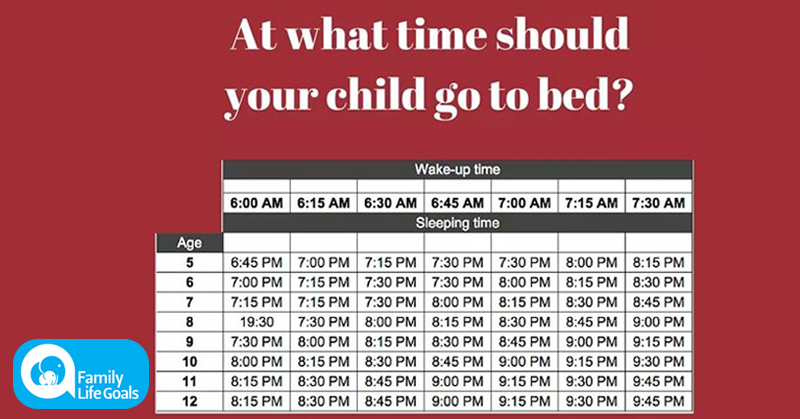 The summer is ending, and school is coming a lot faster than your kids anticipate. Adventurous days and lax sleeping schedules are cutting back to create a routine fitting for the season. There’s no sleeping in with school around the corner, and no kid wants to feel tired and moody on their first day. 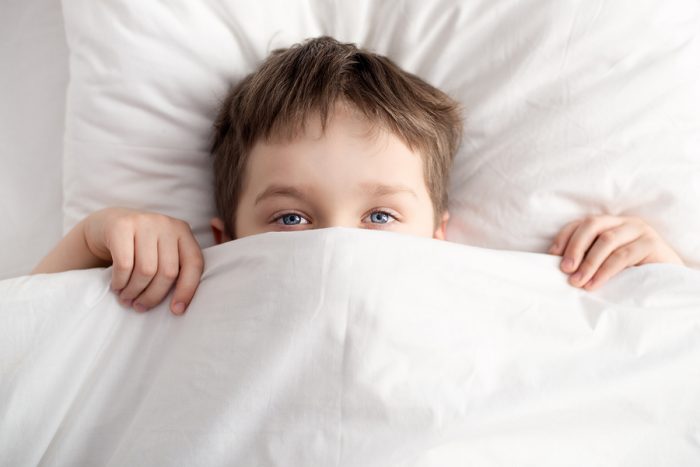 Bedtimes are always challenging. A complacent little angel playing a game suddenly turns into a hyperactive and uncooperative child. Suddenly you want to be the one getting tucked into the Disney-patterned sheets and drifting off to dreamland. The older children aren’t much easier. They say they’re in bed, but you can hear the theme song of their favorite show emitting from under the door. Or they promised to go to sleep “as soon as I finish the chapter.”

Every living being requires sleep to function. For a young child, it is crucial for their development. A study had found that cognitive deficits and high hyperactivity were found in six-year-olds due to sleep deprivation when they were two and a half. This is despite the increase of sleep from age three and a half to six years old. (1)

There are two stages in the sleep cycle:

Struggles for the Schoolkids

Children from ages 6-13 need 9-11 hours of sleep each night. This becomes increasingly difficult as schoolwork and social life become more taxing. Other hobbies and activities fill their spare time. Also, this age becomes more interested in technology, the Internet, and TV, as well as caffeinated drinks. This all contributes difficulty falling asleep, anxiety around sleep, sleeping fewer hours, and resisting bedtime.

As a result, kids this age commonly foster sleep problems and disorders. Inadequate rest can facilitate mood swings, cognitive troubles that stunt their academics, and behavioral problems such as ADHD. (2)

With school beginning, kids may need to change their schedules. Wilson Elementary in Wisconsin posted a chart on Facebook to aid the parents with bedtime arrangements to ensure their students have enough sleep. It’s already had over 400,000 shares. (3) 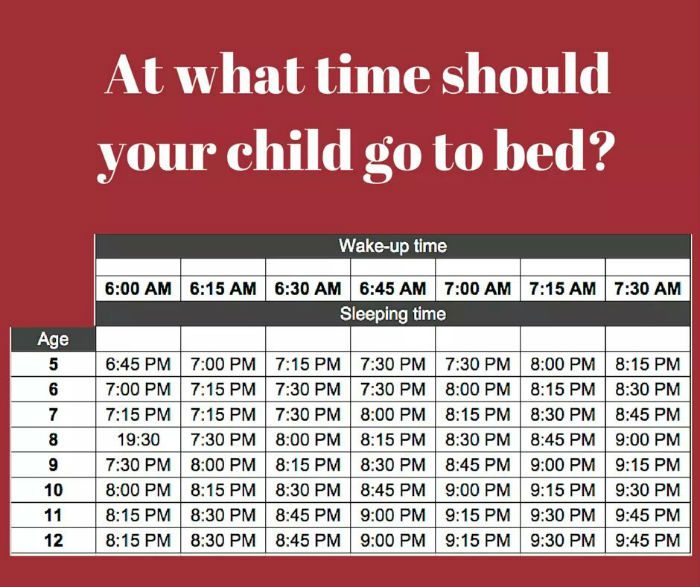 You will ensure your child has “a good night sleep before the first day of school”, but ensure he has one every night for his development and his wellbeing.