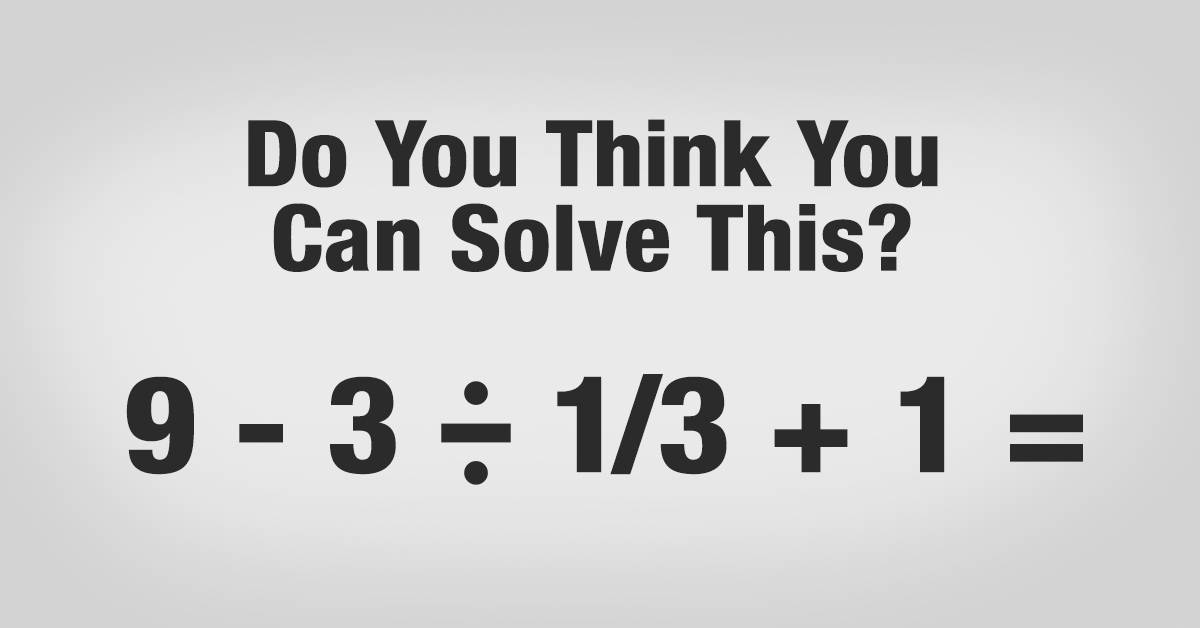 And here I was thinking I’d never get floored by math again.

I was pretty awesome at it back in elementary school (yes, just as every adult claims), even though I may have been bested once or twice (or a lot of times) by written numbers on paper. Now, it’s happening all over again.

The occasional Facebook math quizzes usually have me working my brain a bit harder than kindergarten math would. Normally, when some of these problems go viral with thousands of comments and shares on social media, it’s because a lot of people are either flunking them or making poor attempts (I have a nice seat on that train, trust me).

This simple math problem has caused quite a stir online, showing the many different standards of mathematics there are in the world. The contrasting answers also shows an evolution from the time of our grandparents until now.

Well, let’s see what you’ve got. Try solving the problem without scrolling down to peek at the correct answer. You might just get it right.

Was your answer anywhere between 4 and 15? If it was, you might have to try again.

All right, here’s the correct answer below:

The problem uses the PEMDAS or BODMAS rule, which are essentially the same thing. PEMDAS is the acronym used in the United States, which stands for which part of the equation you should solve first, Parenthesis, Exponents, Multiplication, Division, Addition, and Subtraction. BODMAS stands for Brackets, Order, Division/Multiplication, Addition/Subtraction, and is used by European countries and several African and Asian countries.

The idea is to inspect a problem before attempting to solve it, noting where the math operators are placed and beginning with the PEMDAS hierarchy.

In our problem, there are no parentheses or brackets, no exponents or orders, and no multiplication. We have division, subtraction, and addition. So we’ll focus on obeying the D-A-S hierarchy, although addition and subtraction are interchangeable.

Once in a while, when a math problem pops up on your timeline, it’s helpful to attempt to solve it. Math problems, quizzes, riddles, and brainteasers keep the brain active and help to slow down the rate of decline and degeneration. They sharpen your processing power, sense of reasoning, and also boost memory capacity.