Couple with Down Syndrome Celebrate 22 Years of Happy Marriage 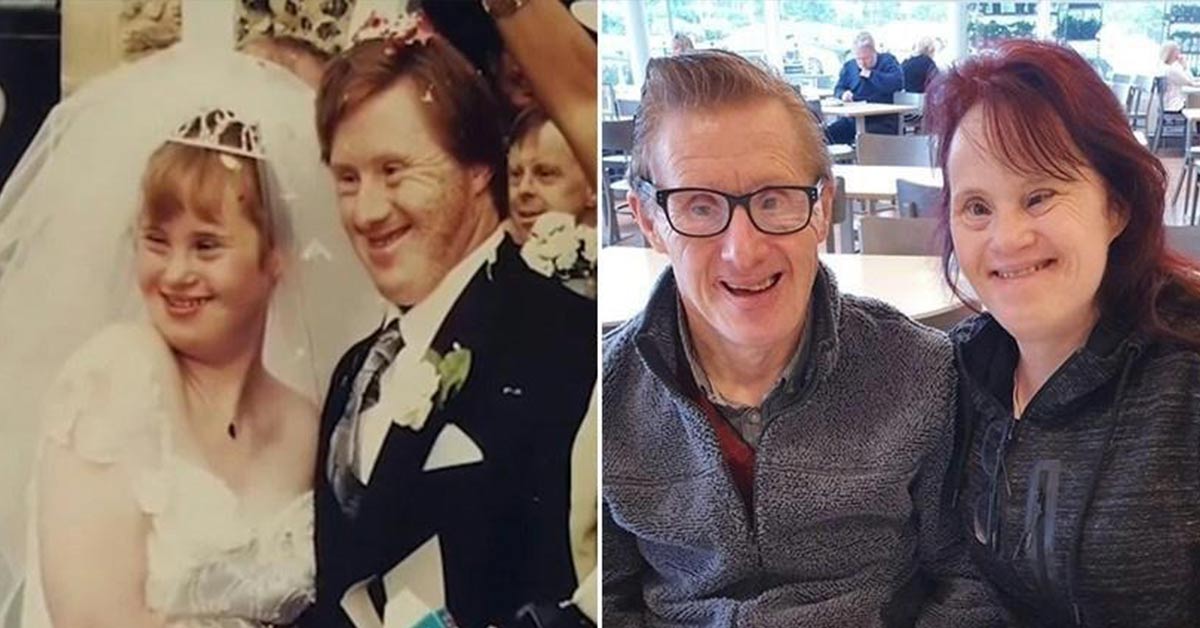 Sometimes it is easy to think you’ve had the worst luck in the whole world. Then something or someone comes along to show you how wrong you are. These experiences help us put things in perspective and cope with the problems in our lives.

This disorder is named after John Langdon Down, a British doctor who published a paper describing the Syndrome in 1866. It is characterized by developmental delays, intellectual disabilities, and a distinct facial appearance. Down’s Syndrome affects each person differently; some are able to live independently, while others may need some degree of assistance to take care of themselves. [1]

Unfortunately, Down’s Syndrome is an incurable condition; however, scientists and researchers have more information about the disorder. They are developing more ways and tools to help people with the condition live full and meaningful lives. Despite all of the medical research done so far, doctors have no clue why Down Syndrome occurs as there is no link to environmental factors or the parents themselves.

Down’s Syndrome can’t weigh us down

When two individuals living with Down’s Syndrome decided to get married in 1993 after dating for 18 months, it caused quite an outrage. People were skeptical about the marriage lasting for any duration of time, even after they tied the knot at a church in Essex over two decades ago.

Despite the odds, the couple celebrated their 22nd wedding anniversary in 2017. Maryanne (Newman) and Tommy Pilling met at a day center in 1991 and were instantly drawn to each other. Twenty-two years later, the duo is still going strong and have even managed to attract a strong following on social media.

“My wedding was the best day of my life,” said Maryanne Pilling. “I was shocked when Tommy proposed, but I didn’t have to think twice about saying yes.

“Tommy and I never argue. I love my husband very much. He is my best friend.” [2]

Over the years, the couple has posted a series of images on their Facebook page showing both of them spending time together and having a good time, including visiting an aquarium and the Elvis Presley museum. The happy couple has proven wrong a lot of critics that assumed allowing them to marry was a bad idea.

And there was a lot of criticism going around at the time. According to Maryanne’s sister, Lindi Newman, their mother, “received a lot of flak at the time for letting them get married, but she insisted it was their decision. Maryanne had dreamed about a big white wedding since she was a little girl and that’s exactly what she had. It was a beautiful day.”

Lindi, who also manages the couple’s social media, says that Maryanne and Tommy Pilling have become a source of inspiration for many who previously thought that people with Down’s Syndrome couldn’t get married. The most common argument being that as people with Down Syndrome cannot take care of themselves, they may not be able to take care of other people, much less start a family. [3]

“When they walk down the street holding hands, they make a statement but in a good way,” she said.

After the post celebrating their anniversary, the couple’s social media pages were inundated with messages from people congratulating the couple and wishing them even more happiness, love, and understanding in the future. [4]