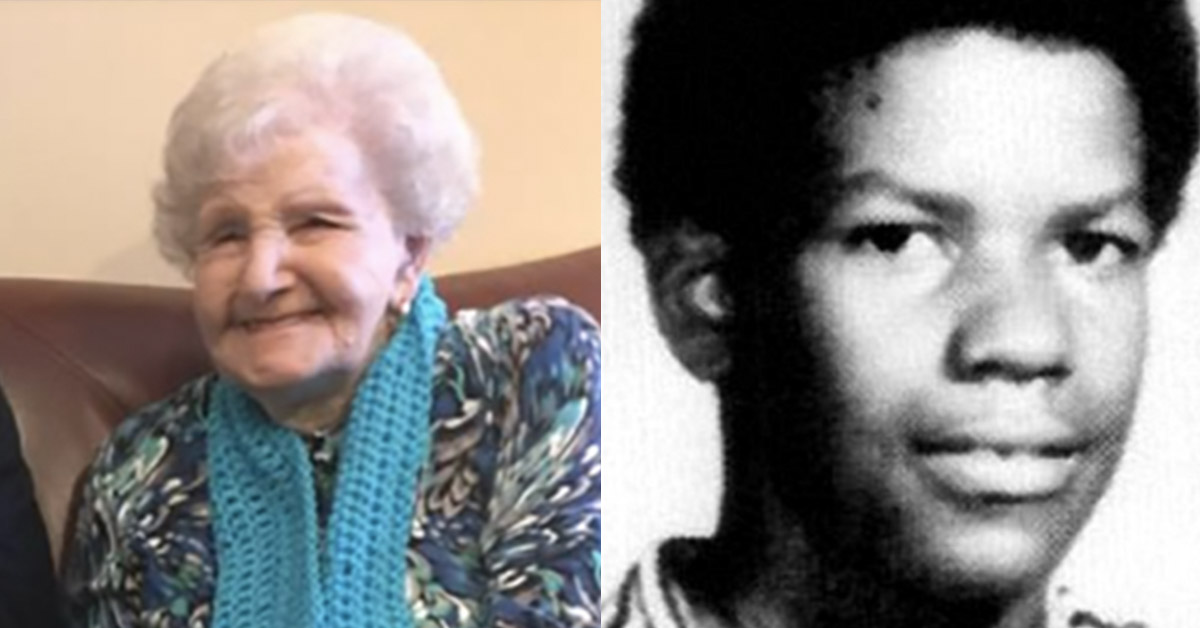 We encounter different people every day, but no one knows what anyone’s going to become in the future. The girl you sit next to on the subway to work every day could end up being the next big thing in Hollywood. While some celebrities were born into the limelight, so many of them were once ordinary people who never imagined they’d end up being as famous as they are now. This case of Denzel Washington and a 99-year-old lady is a perfect example of that.

Born in Mount Vernon, New York, on December 28, 1954, Denzel Washington has worked hard to become the household name he is all over the world. The multi-award-winning actor isn’t just lovable and talented, he’s also very humble and never forgets his roots. He is charitable and has spent millions of dollars donating to some great causes. Washington has always been a memorable young man, he’s not the type of person you meet and forget. And his experience with this woman confirms that. [1]

Ninety-nine-year-old Connie Mauro was a librarian for almost 50 years in Mount Vernon, N.Y. She remembers him as the “cute little boy” who lived close to where she worked. She also fondly reminisced about the moments he’d often stop by to say hello with his mom. She gave seven-year-old Washington his first library card.

Miss Connie, as she is fondly called, currently lives at Atria Johnson Ferry in Marietta — an assisted living facility in Georgia.  She’d always tell the story of how she gave Washington his first library card and how his unique name makes her always remember him.

The staff felt the story was very sweet, so they decided to make a YouTube video of Miss Connie telling it again. In the video, Miss Connie talks about the first time Washington came to the children’s section and asked for a “little skinny book.” He wanted one he could read over the weekend so he’d have his book report ready for school the following Monday. The video went viral with over 220,000 views on YouTube. [2]

They reached out to Washington

Staff members at the home called several times in hopes of reaching Washington. He caught wind of the video and responded to them. He said he also remembers that special memory at the library. They told him about Miss Connie’s 99th birthday that was coming up and invited him. Sadly, his busy schedule could not permit him to attend the party. Nevertheless, he wanted to wish her a happy birthday, and that he did on her birthday through a phone call.

She said to him, “You were the cutest kid. I loved you. You were my special library boy.” Washington responded, “You don’t know how much you helped me. You helped me so much.”

He assured Miss Connie that he never stopped reading and would love to meet her. Then, they made plans of him visiting while in Atlanta for his movie Fences. [3]

They finally reunited after almost half a century

Washington visited Miss Connie at the home, and it was a sweet little reunion. One can only imagine how proud she must have felt knowing that that little boy she’d given a book back then ended up doing so well for himself and others around him. She was especially proud to learn that he gave back to the community by donating $1 million to the local Boys and Girls Club where he grew up.

“He’s a wonderful human being,” she said.

They had a wonderful little “date”

Once he got there, he walked straight to Miss Connie who was sitting on a brown leather couch. He sat next to her and kissed her on the cheek while holding her hand.

“Mr. Washington spent quite a bit of time with us. He came in and gave Miss Connie a kiss on the cheek. They held hands and he was even kind enough to get his mother on the phone so she could chat with us for a few minutes,” said Brooke Munson, executive director of Atria Senior Living in Marietta, Georgia.

Another staff member said, “Denzel said to us, ‘You don’t know where the road is going to take you, and who you’re going to meet that will have an impact on your life. This lady had an incredible impact on my life, and now here I am.’” [4]

They exchanged some nice gifts

Miss Connie, who knits very well, knitted two scarves — one for Washington, and the other for his wife. She gave them to him and he wore the blue scarf around his neck throughout the time they spent together. [5]

Also, she gave him a Scholastic book with a dedication in the beginning, giving him thanks for the work he’s done with children at the Boys and Girls Club of Mount Vernon. She also donated to the club because she wanted more children to have the same opportunities he had.

On his part, Washington gave Miss Connie, her daughter-in-law and grandson tickets to the special screening of Fences in Atlanta. She saw the movie and thoroughly enjoyed herself.

It’s an incredible feeling when you see the kids who’ve crossed paths with you go on to do inspiring things.

A staff member at the home said, “Miss Connie worked with children, expanding their horizons and imaginations and teaching them to pay it forward. Now, seeing how Mr. Washington has turned out, she feels like he stands for everything she believes in.”

It’s obvious Miss Connie has impacted several lives in her almost one hundred years on earth. However, she truly doesn’t understand why everyone thinks it was so exciting that Washington wanted to visit her as she saw him as family. In response to that, Munson said to her, “You have made such an impact on so many people, children’s lives. You may have well had an impression on expanding [Washington’s] love of reading and imagination. You may have helped him decide what he wanted to do, and look at him now! He’s helping other kids and all the other work that he does. It’s all about you.” [6]

“I think this is a big testament to what Atria does. We’re an assisted living community, not a nursing home, so our goal is to help residents live purposefully by finding out what they’re interested in and doing what we can to make their dreams come true. We knew how much this memory meant to Miss Connie, and it was a true team effort to make this happen for her. It’s been very touching for all us,” Munson added.

It truly is an incredible story of how not even time can sever some strong bonds. Stories such as these always tug at our heartstrings, and hopefully, we hear more of such tales.