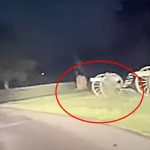 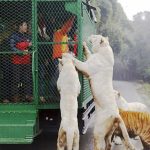 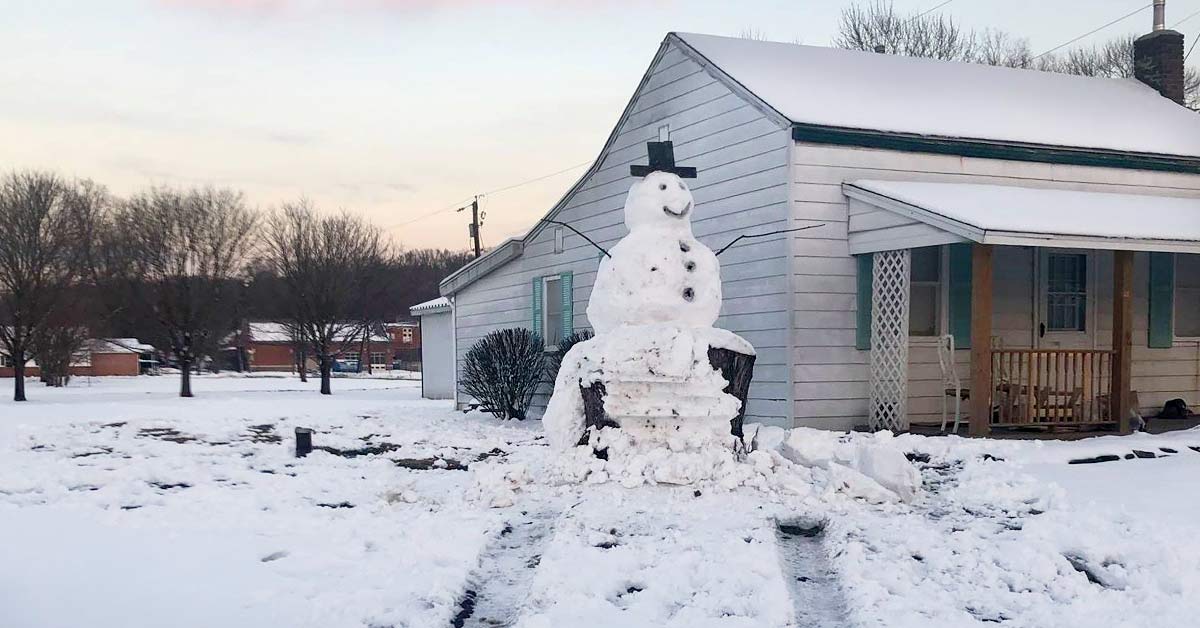 You reap what you… snow.

This is how killjoys should get their karma: within seconds. You try to destroy something that brings the entire neighborhood joy, you get your payback before your mission is even completed.

Shortly after Christmas last year, a crazy driver in Petersburg, Kentucky was driving by a home with a giant snowman out front when he decided to knock the lovely sculpture down. [1] Knocking down snowmen has been a favorite of vandals and rebels for ages now, and it’s impossible to imagine how anyone could find joy in destroying other people’s snowmen. Too bad, this particular guy got fixing the front bumper of his car and maybe one headlight as extra New Year expense.

The homeowner, Cody Lutz and his fiancé, Lucy had been smarter than any snowmen murderers for miles around. They built the ten-foot-tall Frosty — made of a triple stack of snowballs — on the trunk of a tree and placed a giant hat on his head. He was beautiful and immediately became the pride of the entire neighborhood until someone decided to put a dent on his base.

A few days after Cody and his family built Frosty, he was returning home from work when he saw deep tire tracks in the yard trailing up to the snowman’s base. Apparently, someone had tried to destroy the beloved Frosty by ramming their car into him, not knowing he had been built on the sturdy trunk of a tree.

Some of the snow from Frosty’s base had been knocked off, but it was obvious the destroyer’s car had been left with some major damage.

“Instant Karma!” Cody said to FOX. [2] “It’s hilarious! You know, what goes around comes around, in good ways and bad ways. So, I guess everyone learns a valuable lesson here from Frosty.”

They’d only decided to build the snowman because his fiancé and her sister hadn’t seen so much natural snow in one place before.

“We were playing in the snow, she’s from Mississippi so this is the most snow she’s ever seen in her entire life. I’m from Buffalo so this is no big deal,” Lutz said. “I love the snow!”

Speaking to WXIX-TV, Cody said. “Everyone driving by loved him, and waved and honked to express their delight. However, evidently not everyone was a fan! I arrived home to find a set of tire tracks across my yard, ending abruptly at the base of the snowman. Apparently Frosty had been handing out life lessons to some very-surprised 4×4 vandals. You reap what you sow!” [3]

Reactions to the vandal’s misfortune

Although it’s not a very Christmassy thing to wish for, people online were happy the vandal got what he deserved and were hoping his car was significantly damaged. After all, he’d been trying to ruin Christmas for a happy family.

One wrote on Facebook: “I would love to see what the front end of the offending vehicle looks like now🤣‼️ Karma is SO sweet!!!”

According to another: “I can’t imagine who would find it amusing to hit a snowman and hope they learned a lesson! Would have loved to see the expression when they hit!”

A third wrote: “But like how much of a douche bag do you have to be to go and destroy a snowman in somebody else’s yard?”