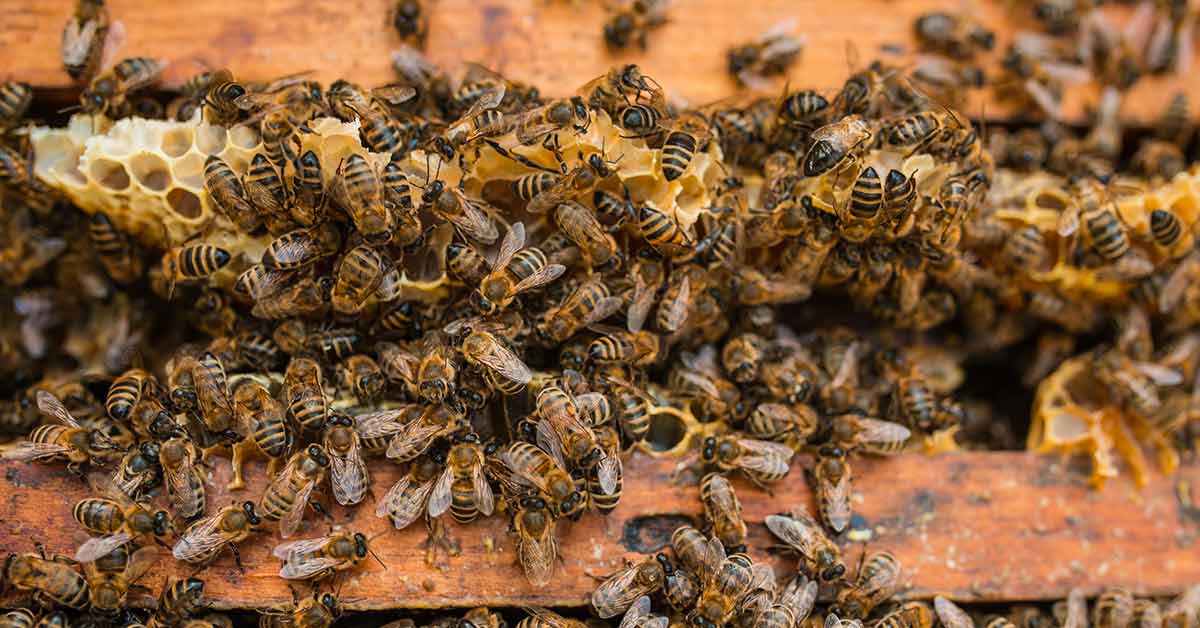 An alarming decline in bee populations around the world led France in 2018 to place a strict ban on all neonicotinoid insecticides used to get rid of bugs on farms. [1]

Synthetic neonicotinoids were first introduced in the 1990s to replace more toxic insecticides that were not only harmful to insects but also to humans and animals. They are relatively low-risk for non-target organisms and imitate the structure and effect of nicotine. These chemicals attack the central nervous system of insects and have been widely used to protect flowering trees and various other crops.

Recently, reports from various researchers have pointed fingers at neonicotinoids as the main culprits causing a phenomenon called “Colony Collapse Disorder” in bee colonies around the world, inadvertently leading to bees dying off in large numbers. [2] There have also been various reports of considerable harm done to the environment by these chemicals. Neonicotinoids are highly soluble in water and may pose a serious risk to aquatic animals when they get into bodies of water.

The European Union blazed the trail by banning three of the insecticides under this family: clothianidin, imidacloprid, and thiamethoxam. [3] France went further to place a ban on the remaining two chemicals, thiacloprid and acetamiprid. These insecticides were banned for use in outdoor crop field and greenhouses as of December 19, 2018.

A colony collapse disorder is an abnormal situation in a bee colony where a majority of the worker bees disappear, leaving behind the queen and a handful of nurses to cater to the immature bees. There have been many theories about the exact causes of this anomaly, and recently, researchers have reason to believe that the use of neonicotinoids is one of them.

Neonicotinoids mimic the structure of nicotine, and recent studies suggest that bees can get dangerously addicted to these chemicals. [4] This would result in several disorders in a colony such as low sperm count in the male bees, leading to a decline in reproduction rates, and a loss of memory and homing skills among the worker bees, resulting in bees leaving their hives and not remembering their way back. These problems accumulate in the total collapse of colonies and subsequent mortality of the insects.

Bees are extremely important in global food production since they pollinate a third of our food supply and over 90% of all wild plants. Honey bees are so invaluable that farmers often rent them and have them transported to their fields to increase pollination and yield. A decline in the bee population would result in a reduction in yield of all the plants pollinated by bees and animals that eat those plants. Honey and honey-dependent products would also be affected.

While bee farmers and millions of environmentalists are applauding the country’s decisive move, farmers of crops attacked by bees aren’t very elated by the turnout of events.

These farmers insist that there is not enough evidence to back up the scientists’ claims on the effect of neonicotinoids on bees. They argue that they would be left without any means to defend their crops if the insecticides are banned.

According to Fédération Nationale des Syndicats D’exploitants Agricoles (FNSEA), France’s biggest farming union, the move will cause farmers to face a “dramatic technical dead-end.” They believe that French farmers would be disadvantaged in the global markets as the ban would “exacerbate unfair competition with European and non-European producers.”

On the other hand, bee farmers are convinced that the ban should be extended to include several other insecticides and chemical compounds since it’s only a matter of time before someone comes up with a more harmful product.