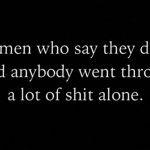 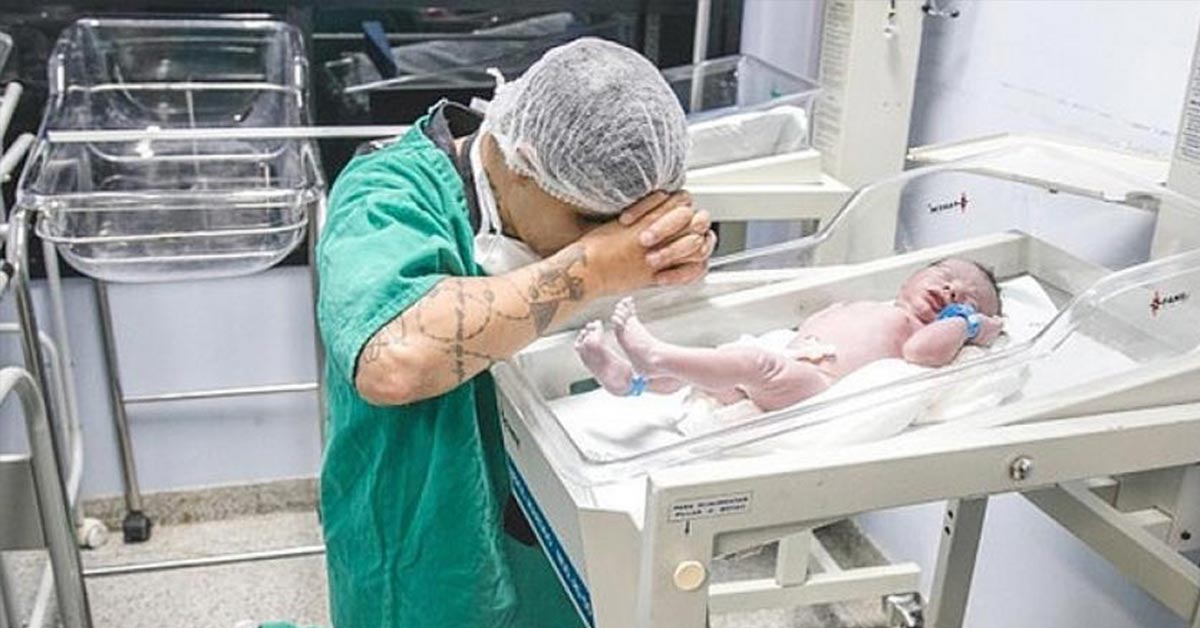 Imagine being thrust into a situation where you have no control whatsoever. At that moment, most people resort to turning the matter over to a higher power, be it God or the flying cookie monster. All that matters is that they truly believe they have done their part, and the rest is up to that Supreme Being.

That was exactly what this young father did when his first child was born.

A moment to cherish forever

Thirty-year-old Victor Calmon was overcome with emotion when his son was born. A photo that went viral on Instagram showed him kneeling next to his son who was in his temporary bassinet in a Brazilian hospital nursery.

The picture was taken a short while after the birth of his son, Ivan, by birthing photographer Janaina Oliveira of Jana Brasil Photography. Calmon, who was in the delivery room with his wife, Laura Moraes, was beside himself with gratitude and had no other way of expressing his emotions than through prayer. The photographer who the couple contracted to take photos during this special time was indeed there to capture the moment.

Oliveira shared the photo of Calmon and his son on social media and captioned it, ‘The image that represents my 2018: GRATITUDE!”

The new father was asked the reason for his action in an interview with Brazilian magazine. He said, “I saw myself at the center of a complicated situation, you know, and everything was new to me, and incredible fear came over me. Now, I wouldn’t be worrying just about me anymore; I had this new life to take care of. So I got over my embarrassment and just knelt and talked to God. I asked him to help me mature, to become a better man, a good father, a good husband, and to increase my desire to grow and work, so that my child might not lack anything.” [1]

The photograph clearly captured the special bond between a father and his son, little wonder it has melted the heartstrings of people on the internet.

So much to be thankful for

Life is not always easy, but at certain points, there must be something to be thankful for. Calmon knew this, perhaps that was why he said his thanks to everyone that mattered.

“That moment when it hits you like a ton of bricks and your hands are shaking because you suddenly discover your purpose and the reason you’re in this world. To God, I say, ‘Thank you,’ to my wife I say, ‘I love you,’ and to my son, I say, ‘Welcome!’” he said. [2]

How being a dad has changed Calmon

Having a child might be a blessing but it does come with a lot of work. It’s even harder when you are a first-time parent, but Calmon and Luana are handling it like pros.

According to Calmon, “Besides working whenever I can, I help my wife Luana to bathe Ivan and change his diapers. I don’t have time for myself anymore. But I remember it’s all worth it when I come home and I see Ivan’s smile.”

Despite that, the young father is filled with excitement and believes God gave him everything he has always wanted. “God is just, and at the right time he gave me everything I ever dreamed,” he said via an Instagram post.

How dads feel about holding their babies for the first time

No man is likely to ever forget the moment his child was placed in his arms. Other than being drained and just a little scared, the whole “falling in love” with the babies at first glance truly is real.

The moment can only be described as magical. That stoic manly appearance they always have is instantly washed away. Some men even cry at that moment because it is simply enthralling.

Danielle Campoamor, Senior Identity Editor of Romper, and Creator and Author of Bustle’s Abortion AMA, asked some dads to describe what holding their babies for the first time felt like.

Here’s what they had to say:

Stephan, 28
“The best way to describe it is that I felt everything holding [my daughter] for the first time. I was scared of hurting her and scared of what the future held and her safety for all eternity but I get an extreme love and hopefulness I had never experienced. Mad for who I had been in my past. Hoping I could be my best for her future. Literally every emotion and thought negative and positive all wrapped up into one in a matter of a couple seconds.”

Colin, 27
“I honestly can’t explain it. It’s kind of cliché to say love at first sight, but that doesn’t even begin to cover it. I honestly was scared to even break [my daughter]. I cried I didn’t even want to hold her hand. I didn’t want to hurt her. But the second I did, I didn’t want to let her go. I went into super mode. Any time she cried I was up without even noticing. I’ll never forget the look she gave me. A person can go on and on, but in all honest reality, you really can’t explain that.”

Jed, 33
“I don’t think I got to experience the ‘normal’ feelings that most fathers do. There wasn’t that prideful moment. I was more thankful that [my son] was here and he was beautiful and healthy. I was thankful that my partner was safe and healthy. It was a huge weight off of our shoulders.”

Von
“You know that feeling when love hits you? Holding my five daughters for the first time is like that, times two…minus an indescribable and immeasurable fear.” [3]

Some women have postpartum depression. This isn’t hard for people to understand or accept. It’s easy to blame it on pregnancy hormones and fatigue, not that they do not love their child.

Unfortunately, the same cannot be said for men. Depression in new dads is real, however, it’s not easy to spot as they are ashamed of it and tend to hide it. This paternal postpartum depression has been recognized as a “thing” now.

The Journal of the American Medical Association published an analysis in 2010. They reviewed 43 worldwide studies and reported that there is a spike in depression in dads 3 to 6 months after their baby’s birth.

A stressed-out your father exhibits traits such as:

Orly Katz, Clinical Professional Counselor and Transition to Parenting expert said that men are not well-equipped to deal with the intense emotions that come from being a new dad.

She also addressed how fathers can get more depressed when they are accused of not loving their babies enough because they need some personal and emotional space.

“Fathers who are criticized for taking time for themselves often can’t really verbalize their need to de-stress. They can be perceived as mean or non-caring, and this vicious cycle can throw fathers into depression,” she said. [4]

The point here is that times have changed. Men no longer have to put up the act of being emotionless. From Calmon who showed his emotions so clearly, to those who compare their babies to warm laundry, all new fathers are more nervous than you think.

Irrespective of that fact, they are more than capable of stepping up and taking care of their babies.