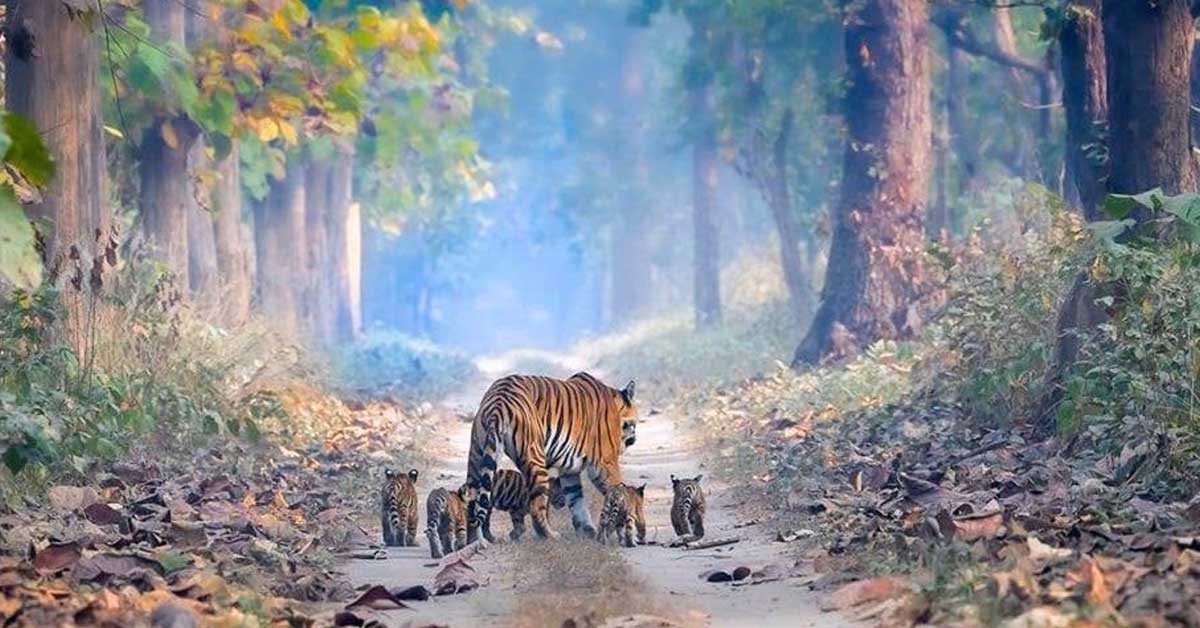 Known to be a fierce predator with wild instincts and sheer power, the tiger is one of nature’s most majestic big cats. However, over the years the population of these animals has dwindled significantly.

There about six surviving tiger subspecies in the world today. The number of tigers in the whole world reduced from 100,000 and is now estimated to be between 3,000 and 3,500. Of all the subspecies, the Bengal tiger, also known as the Indian tiger, are the most numerous with about 2,500 in the world.

The major threats to their numbers is poaching; they are poached mercilessly for their fur, which is pretty expensive on the black market. Habitat loss and fragmentation from extensive logging and development projects also play a role in the dwindling of tiger numbers in the world today. [1]

The state of the Indian tigers

Tigers are iconic animals in India; they are the national animals of the country and must be protected at all costs. The National Tiger Conservation Authority of India puts in a lot of work to protect the nation’s tiger population, but despite their best efforts, the numbers have dwindled to near extinction.

In the year 2010, there were only about 3,200 tigers left in the world with 60 percent of them found in India. The crisis in India has been great, with the government trying different methods to prevent them from going extinct — including restricting tiger tourism in India.

Unfortunately, this was counterproductive since tourism not only provided an appreciation for tigers but also created awareness funds that in turn generated revenue necessary for their conservation.

According to the WWF Save Tigers Now Campaign, “income from tourism at tiger reserves can be critical to building support among local communities for tiger protection.” [2]

Reasons for the decline in tiger population

The rise of the Indian tiger population

This is incredible news not just for tiger lovers, but for everybody in the world. The wild tiger population of India has increased by over 30% in four years. Four years ago, there were 2,226 tigers in the world, but there are currently 2,967 tigers.

According to Prime Minister Narendra Modi, the figures are a “historic achievement.” He went on to say that India currently has some of the biggest and safest habitats for tigers around the world. [4]

This rise in tiger population is due to measures such as conservation efforts the government took to ensure the animals are protected. According to the environment minister, Prakash Javadekar, “This increase in tiger population is a testimony of the success of various measures adopted by the government. These measures relate to Special Tiger Protection Force, Special Programme for Orphan Tiger Cubs, efforts to control poaching, and initiatives to minimize human-animal conflict and encroachment.”

Now they just have to find a balance between conservation and economic growth so that one is not done at the expense of the other.

“The biggest challenge we have today is to ensure that we have enough corridors to ensure habitat connectivity and genetic breeding. That is the only way we can provide for further growth in tiger numbers,” said one of the principal investigators of the tiger census.

“Infrastructural development has to happen, but we can compromise a little on our growth,” he added. [5]

How were the figures achieved?

It took a lot of work, effort, and dedication on the part of the team who carried out the project. There were 44,000 field staff members who conducted about 318,000 habitat surveys across 20 tiger occupied states of India. They placed 26,760 camera traps across 239 study sites and captured about 35 million photos.

The photos were then analyzed by experts who studied the photos and sorted them with tightly regulated standards to get accurate results. [6]

Truly, some good news on tigers

An incredible photo was captured at the Kishanpur Wildlife Sanctuary of Dudhwa Tiger Reserve in India. The heartwarming photo shows a tiger walking on the road with her five cubs. The photo was captured by Siddharth Singh. IFS member, Parveen Kaswan, shared the post on his Twitter account where it has since gone viral with over 15,000 likes and 3,000 retweets. [7]

“We have been following this particular tigress for the past four years. We call her Beldanda female after the forest beat where she is generally sighted. She can easily be compared with Ramthambore’s tigress ‘Machali’ because she is extremely tourist-friendly and often walks on the road meant for tourist vehicles. Even on Saturday, we shot her video while she was sitting on the road and didn’t panic despite watching us. After a few moments, she called her cubs and then we came to know that she has given birth to five cubs. Otherwise, the forest department had captured her picture with four cubs only,” said Singh.

To ensure the cubs’ safety, the forest department closed the route passing through the sanctuary for the next six months, and increased patrolling in the area. They also will not be disclosing the exact location of the tigress and her cubs to avoid poaching, and tourist visits to that area are tightly regulated.

All in all, there seems to be hope for the tigers. However, a lot of human effort is needed to make this happen so that these incredible animals do not end up being used as a symbol of a bygone era.