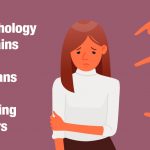 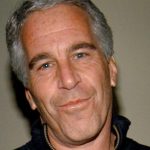 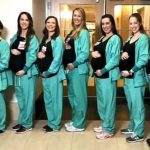 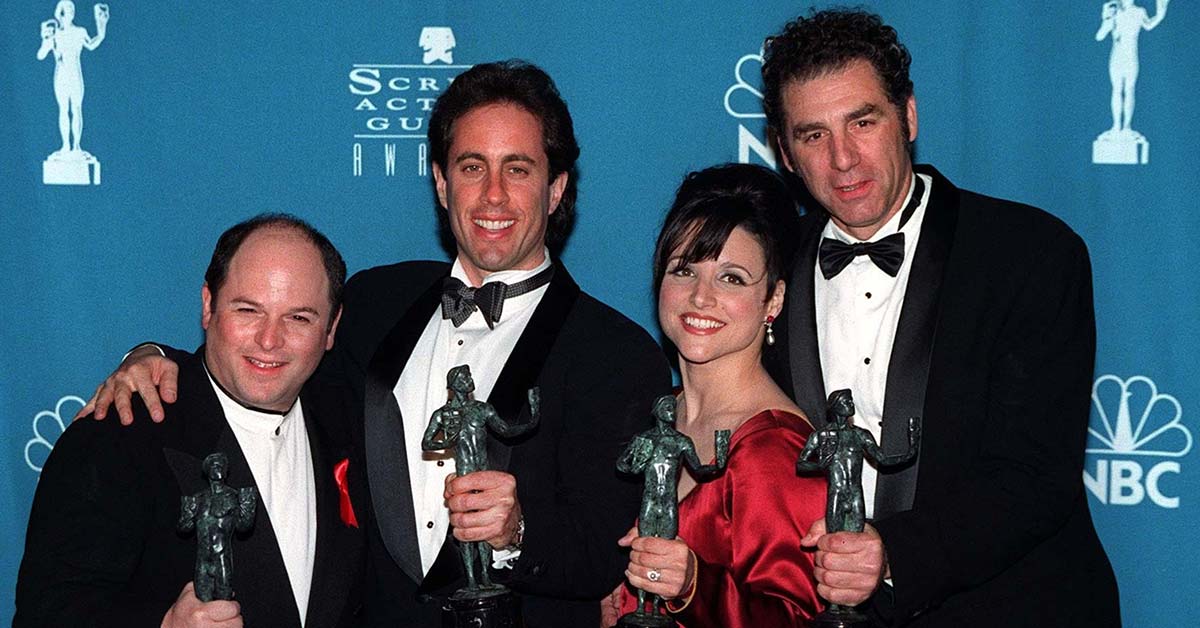 The world has changed, more vastly than anyone from the ‘60s and ‘70s could have envisioned, and a lot of the norms held dear in those days are invalidated in modern times. Out here, right now, gender equality is a real thing, racial discrimination is unacceptable, and people are allowed to choose any sexual orientations without fear of discrimination. Humanity is beautifully diverse and everyone must accommodate one another.

However, some TV shows are timeless, and some of the older sitcoms and soaps are in complete contrast to the ideals of today.

While Baby Boomers would often call us a snowflake generation, millennials are still going to be offended by the brash sexism, racism, body shaming, and unrepressed homophobia promoted by Seinfeld. Seinfeld was an American comedy television series created by Larry David and comedian Jerry Seinfeld for NBC. The show ran for nine years from 1989 to 1998, ending with one the most divisive and controversial finale episodes in the history of TV. [1]

However, that’s not the issue here. All movies are criticized and you definitely can’t satisfy everyone, but sometimes, they take a step too far. Although they claimed to be addressing these issues, many episodes in Seinfeld inadvertently promoted terrible social behaviors such as stalking, sexually objectifying underage girls, and body-shaming women. One episode was so offensive to Puerto Ricans that it was pulled and NBC was forced to apologize.

In Jerry Seinfeld’s opinion, he has no care for political correctness, an ideology that prevents creatives from fully expressing their talents.

He said in an interview, “People think it’s the census or something, it’s gotta represent the actual pie chart of America. Who cares? Funny is the world that I live in. You’re funny, I’m interested. You’re not funny, I’m not interested. I have no interest in gender or race or anything like that, but everyone else is, kind of with their little calculating, ‘Is this the exact right mix?’ To me, it’s anti-comedy, it’s more about PC nonsense than are you making us laugh or not.”

Is this one of the most messed-up statements we’ve ever read or what?

Seinfeld turned out to be one of the daring TV shows produced in America that refused to portray the racial and cultural diversity of the country. There were literally no people of color in the show, and if they did show up, they were either passing or seriously minor roles. However, Seinfeld isn’t the only old show guilty of this crime. A lot of them are, and it’s probably some sort of subliminal messaging to the viewers.

Episodes were weirdly titled “The Nazi Soup” and the “The Cigar Store Indian.” In “The Diplomat’s Club,” Season 6 Episode 2, George had to bring a black guy to pretend to be his friend so he’d prove to his boss that he’s not racist. That’s kind of saying that if you are friends with at least one person of color, your racial slurs are not really racist.

Seinfeld did feature Jewish characters and in many episodes, they addressed some race and gender issues, using political incorrectness to target a bigger picture. However, they did this without including any people of color and they depicted minorities in patronizing manners. They also tried to portray people of other races as being overly sensitive, as in “The Cigar Store Indian,” Season 5, Episode 10, where Jerry made racist remarks at a Native American woman.

According to New York Times writer, John J. O’Connor, “The show has never been terribly concerned with political correctness. Its depictions of minorities, from Babu the Pakistani who was eventually deported because of Jerry’s carelessness to the Greek diner owner with an apparent yen for amply endowed waitresses, can be patronizing.”

The show was openly stereotypical to the female gender, starting with the fact that the producers seemed to believe every woman should look like Cindy Crawford. While this is the problem with most movies and shows, old and modern, Seinfeld, of course, went the extra mile to stretch their point. [2]

According to writer O’Connor, “And its attitudes toward women can become downright hostile, as the final episode illustrated with its portrait of a gleefully nasty female network executive.”

The show crossed the line in “The Shoes” season 4 episode 16 when George was caught ogling the breasts of his boss’s 15-year-old daughter and went on to claim that “it was in his line of sight.” It would have been a little less irritating if they had turned it into some lesson about how wrong it is to ogle minors. Sadly, they orchestrated a scene where Elaine tried to prove that straight men cannot help but stare when breasts are in view.

In “The Implant,” Season 4, Episode 19, the show promoted an undertone of body-shaming and judging women for their personal choices. Jerry went to crazy lengths to find out if a buxom woman he met at the gym had breast implants or not, which is as rude as a normal person can get.

This was one of Seinfeld’s most controversial and offensive standpoints in comedy. In some episodes, it genuinely seemed like they were highlighting the struggles of homosexuals at first, and later on, they’d switch to that annoying subliminal messaging that defeats all reasonable purposes. It’s not comprehensive to say that Seinfeld had a homophobic undertone. The tone was certainly not subtle.

George was cut out as a clearly homophobic character from the start. In “The Outing” season 4, episode 17, Jerry and George were horrified when a reporter assumed they were gay, claiming that it would ruin their reputation and “hetero-cred.”

The episode was intended to discuss homophobia but it ended up being cringe-worthy, and they continuously used the phrase “Not that there’s anything wrong with that,” to attempt to tone down the offense.

Jerry Seinfeld later explained in an interview, “We had to do something about the fact that we were saying ‘it’s awful to be gay,’ which we knew we couldn’t say.”

They also promoted the idea that sexualities came with switches when Kramer was portrayed as the guy who could turn – or un-turn – lesbians with his charm.

I am a millennial, snowflake and all, and this show is just not suitable for my “overly sensitive” heart. When creating a good movie, you have to factor in people’s feelings, whether you like it or not. It’s the PROPER thing to do, and this isn’t even about political correctness anymore.

Comedy is never an excuse to be insensitive, and this is something comedians across all generations have refused to accept. Seriously, these offensive shows can trigger depression and self-hate amongst Generations Y and Z. We’d fare better if cool shows like Golden Girls, Only Fools and Horses, were re-run and Seinfeld and its likes canceled out for good.

It’s NOT OKAY to offend people with your storylines, claim that you are “addressing issues,” and pass the whole meddle off as comedy.