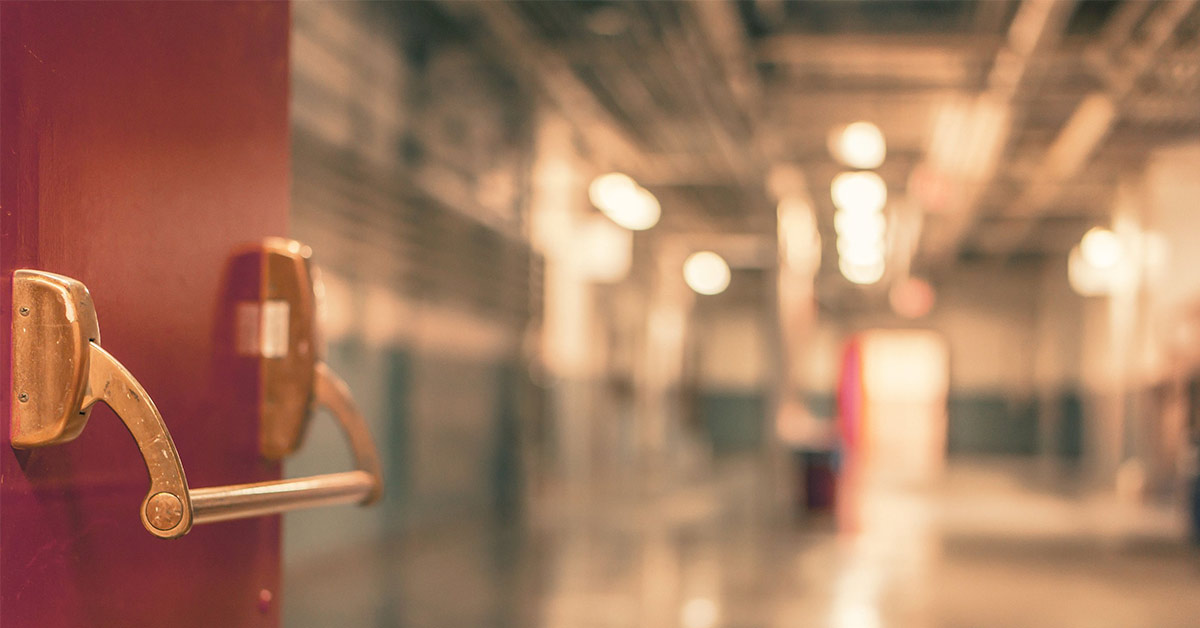 Like other creatures working to survive, we have the ability to adapt to dangerous events happening around us. One way in which schools are adapting to the growing number of mass shootings on their premises in altering the ways their facilities are built.

It’s not just your imagination; things are actually going from bad to worse. This year alone, there have been over 248 reported mass shootings in America alone with a least two of those occurring in a school. These include the unfortunate school shootings at Marjory Stoneman Douglas High School in Florida and Sandy Hook Elementary School in Connecticut where 20 children between the ages of six and seven years old were shot and killed.

“If I go to FPH and I want to be an active shooter, I’m going in knowing I have reduced sightlines,” Fruitport Superintendent Bob Szymoniak told reporters about the curved hallways. “It has reduced his ability to do harm.” [1]

This zigzag design style goes as far back as World War 1 when engineers dug zigzagging trenches with the clear logic this serpentine pattern would prevent potential enemies from shooting in a straight line and killing more soldiers if they ever got into one.

Are mass shootings on the rise?

At this time, gun violence is essentially a national emergency in the United States as there have been more mass shootings in 2019 than days. There was even a 24-hour period earlier this month in which 29 people were killed, and many others were injured in two separate shootings in different cities.

Since it doesn’t look like our gun control laws are going to change anytime soon, several legislators have come up with several suggestions on how to make people generally safer and better protected against vengeful shooters, especially around schools.

Some schools have proposed distributing clear backpacks to their students so authorities can see what they have on them. Security has also been increased in many schools, including inconvenient practices like passing children through metal detectors, bulletproof backpacks, and random locker inspections.

Many politicians, including the current president, have even suggested handing guns to teachers and school administrators to defend against potential shooters. Thankfully, this idea was quickly shot down as many protested that this would be dangerous for their students. [2]

Despite this, a concealed weapons program was implemented in several school districts, which led to several incidents in which guns were found, mishandled, and even accidentally fired by students.

There were about 24 school shootings in 2018, most of which resulted in several injuries and/or deaths. An analysis by The Post found that more than 228,000 students have been exposed to gun violence during school hours since the 1999 Columbine High School slayings.

To adapt to this new normal, many schools have begun preparing their teachers and students for the worst possible outcome. For instance, the Jefferson County schools in Colorado have given teachers buckets and cat litter for makeshift toilets, sharpies to mark when a tourniquet was applied to a bleeding student, and emergency candy rations for a diabetic student to have on hand in case of a prolonged active-shooter lockdown.

Gun violence is one of the leading causes of death in America. Although the United States makes up less than 5% of the world’s population, it has over 31% of its mass shootings with some 11,000 people being killed in firearm assaults each year and this figure is only growing. [3]

Prominent politicians and interest groups have proposed the following strategies to help prevent and safeguard civilians against mass shootings.