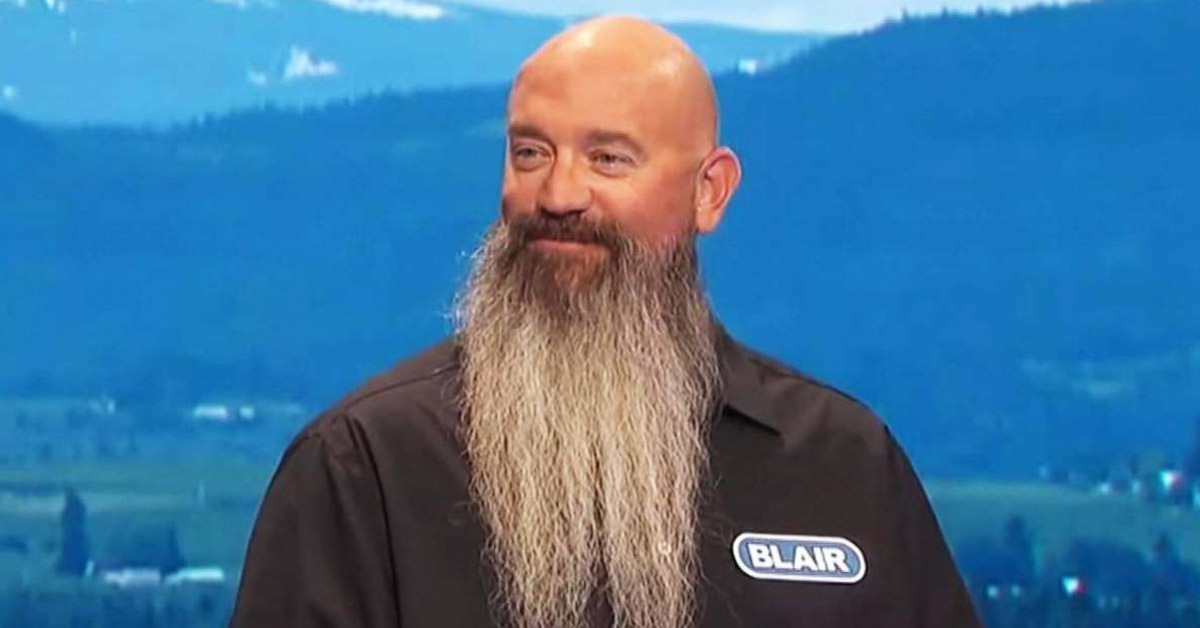 Although it seems like it’s losing its glamor, marriage is primarily — for better for worse — a lifelong contract. However, the institution of marriage seems to mean less and less these days, leaving many wondering if the promise of a happily ever after is worth it anymore.

It is no secret that the US is currently experiencing a drop in the divorce rate, partially due to millennials trying to making their marital vows stick more often. That seemed to be the case of Blair Davis, a recent contestant on the network game show, Wheel of Fortune, who says he hasn’t been very lucky in his family life.

Davis, a small trucking business owner, surprised the show host, Pat Sajak, and everyone else in attendance, when he took an original approach to reply when asked about his family.

“I’ve been trapped in a loveless marriage for the last 12 years to an old battle-ax named Kim,” Davis replied in a clip published on Monday, prompting laughter from the studio audience. “She cursed my life with three step-children named Star, R.J., and Ryan, and I have one rotten grandson.” [1]

As would be expected, this answer took Sajak by surprise. “No wonder you came here,” he quipped. “You just wanted to get away from everybody.”

Although Davis’ answer seemed grim, his demeanor made it evident that he was being facetious. He wasted no time clearing the air, admitting after a couple of giggles that he was just kidding: “I love them like nobody’s business.”

Davis turned out to be quite fond of his family. The San Diego resident said that he was even growing out his long gray beard to keep his grandson happy. “Every time I threaten to shave it off, he gives me a really hard time!” he laughed. [2]

His stark sense of humor quickly went viral, and when asked in an interview why he said what he did, Davis admitted that he wanted to give a memorable introduction.

“People have been watching the show for so long, and people typically have a template on how they introduce their loved ones, and I thought nah, I didn’t want to do that. It’s a once in a lifetime experience, and I wanted to give them a once in a lifetime introduction.”

He and his wife concocted the perfect introduction while watching the show one evening. “I told her, I said, ‘Listen, if I ever get on Wheel of Fortune, I’m going to get up there and I’m going to keep it real,” he said. “This was, you know, 80 percent her idea.” [3]

Davis said that his wife and grandson were in the audience that night, and she had explicitly told him not to call her ‘his beautiful wife’ on the show.

“We watch Wheel of Fortune all the time and people are always saying, ‘my gorgeous wife’ or ‘my handsome husband,’” she explained. “I told him not to say ‘my gorgeous wife,’ because I didn’t want the audience to think, ‘Oh my gosh, she’s not gorgeous. Why would he say that?’”

Davis stated that he could get away with calling his wife, ‘an old battle-axe’, because it was an integral part of their unique, humor-filled dynamic that has allowed them to stay together for over 15 years. In fact, it was one of the nicer nicknames he has for her.

What do you think? Can you get away calling your spouse unflattering names on national T.V.?