10+ Photos of Cartoon Characters Found in the Real World – See It to Believe It! 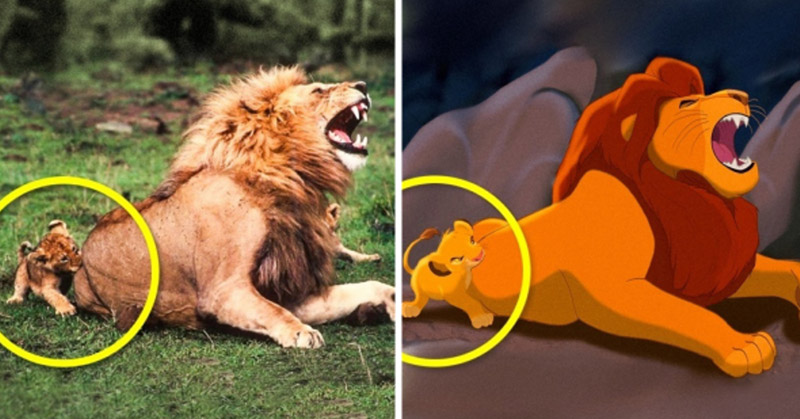 Ever since Disney was created in 1923, children and adults alike have been enjoying animated films. From Snow White and the Seven Dwarfs, Disney’s first ever fully animated feature film, to their more recent movies such as Moana and Frozen, Disney-Pixar films like Finding Nemo and Cars, or popular Dreamworks productions like Shrek, we probably all have a favorite (or four).

Chances are you spent a good portion of your childhood pretending that your favorite Disney movies and animated characters were real. After all, who doesn’t want the chance to live under the sea like Ariel, be the first ever female soldier in China and almost single-handily defeat the huns? As the Aristocats say, everybody wants to be a cat, right?

Right! That’s why we couldn’t help but share these incredible photos of characters and scenes from your favorite animated movies in real life. 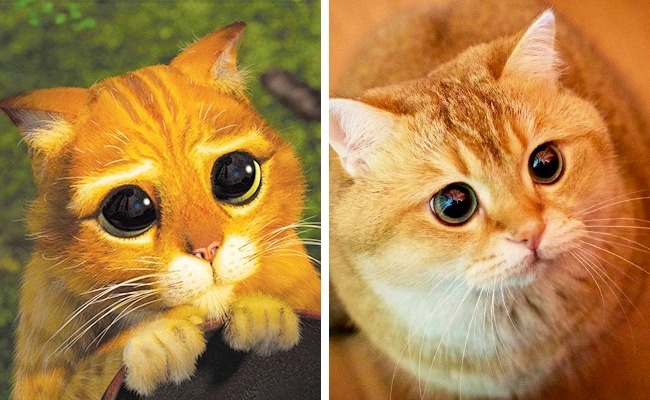 Puss is always using his big, adorable cat eyes to get himself out of sticky situations. But really, who could resist that face?

2. Simba and Mufasa from Disney’s The Lion King 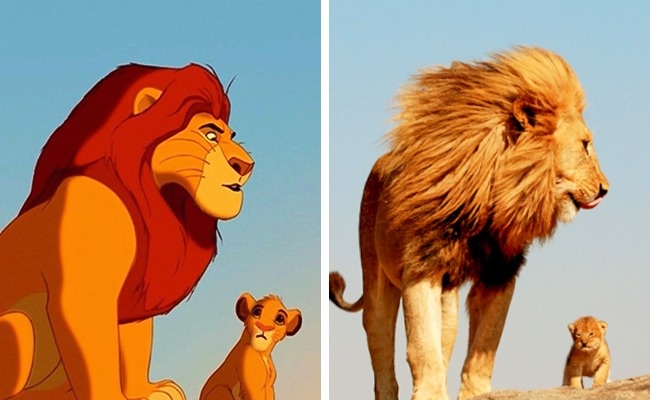 This is the iconic scene in which Mufasa shows Simba the entire kingdom. Mufasa reminds Simba that everything the light touches will be his to rule, but warning him to never go to “that shadowy place over there”, which of course, young Simba doesn’t listen.

Disney is all about the iconic friendships, and Bambi and Thumper are certainly one of them! This is a scene from when the cute little forest creatures meet for the first time. Looks like they’re friends in real life, too!

4. Simba Trying to Wake Up his Dad

Another scene from The Lion King, this one precedes number 2 in this list. Young Simba was excitedly trying to wake up his dad, knowing he was going to the top of Pride Rock that morning. Fun fact: When lion cubs play fight with their parents, the older lion actually roars and pretends to be hurt when the cub bites them. This teaches them important fighting and hunting skills.

5. Tod and Copper from The Fox and The Hound

Speaking of iconic Disney best pals, Tod and Copper have one of the most famous bonds around! Who knew that the the unlikely pair could exist in real life, too?

Okay you’re right, Master Shifu is a red panda, not a cat, but the likeness between him and the internet’s most famous cat is uncanny!

7. Sylvester from The Looney Toons Show 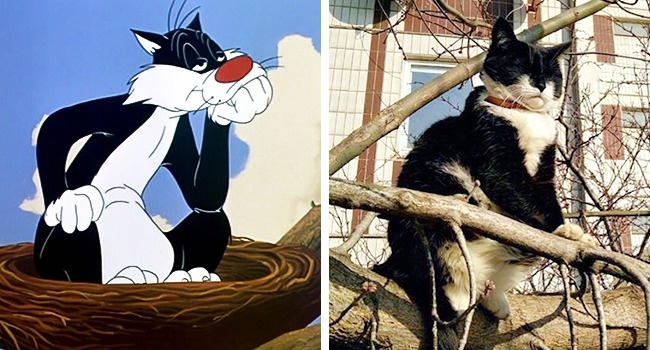 The only thing separating this cat from Sylvester is opposable thumbs, and perhaps the ability to speak English (“Sufferin’ succotash!”). The cat in question obviously enjoys trees, so maybe he has a penchant for little Tweety Birds, too?

8. Marlin and Dory from Finding Nemo

What epic quest could these two unlikely friends be getting up to now? Or perhaps they were rehearsing scenes for the latest installment, Finding Dory?

9. Abu and Yago from Aladdin

Now these two weren’t exactly friends, at least not right away, but one thing’s for sure: Abu loved to tease and torment Yago. Obviously this little monkey has the same mischievous streak.

Timon played an integral role in helping young Simba to grow up, put his behind in the past (no, put his past, behind him!) and truly live Hakuna matata and care free. Perhaps this little meerkat also taught his lion cub pal about the delicacy that are bugs! 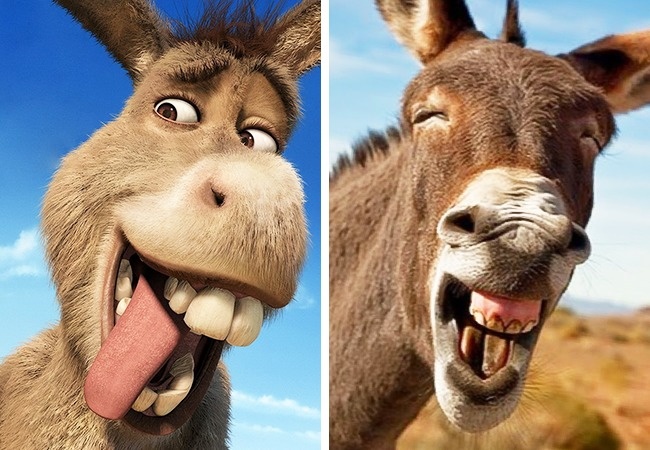 Donkey is one of Dreamwork’s most outgoing and ridiculous, but lovable characters. Obviously the producers saw something special in the every day donkey that inspired Donkey’s outrageous personality.

Do you have a favorite animated movie from your childhood, or a favorite scene? Let us know in the comments!