Search For Missing Teen Uncovers Thousands of Bones Inside The Vatican 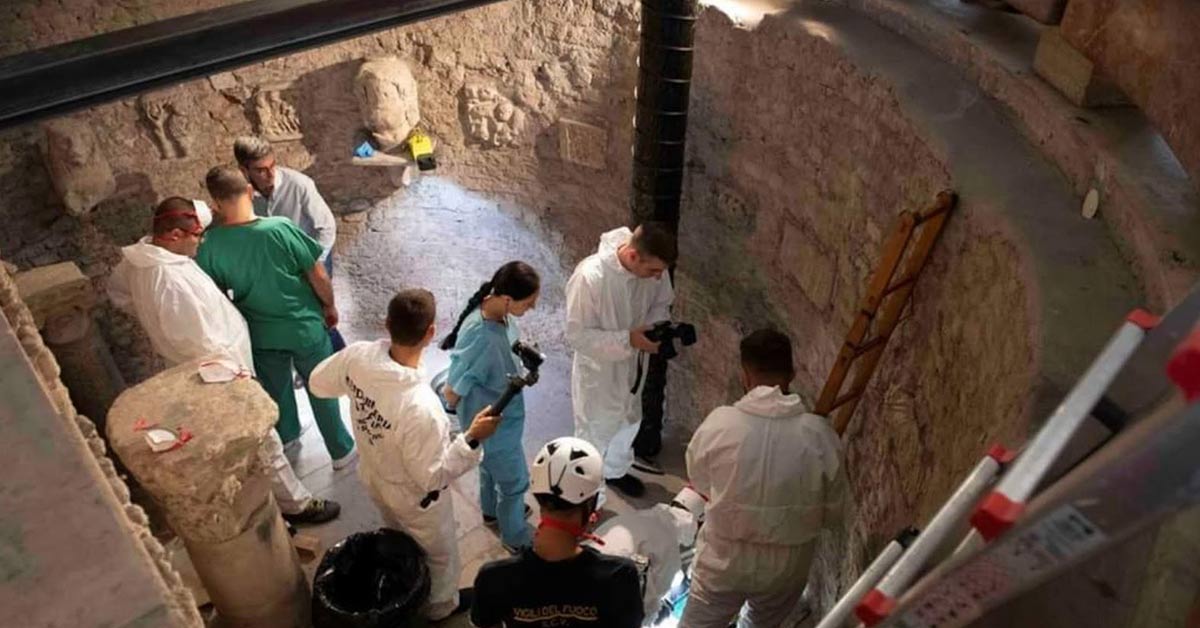 A lifelong search for a missing sister has led to a series of surprising discoveries in the Vatican of all places. Thousands of bones were unearthed in two ossuaries discovered in the Vatican City. This happened as a result of an ongoing search for a 15-year-old girl who disappeared mysteriously over three decades ago.

The teen in question, Emanuela Orlandi, was the daughter of a prominent Vatican employee. Her father Ercole worked as a clerk in the pontiff’s household, and the family lived within the walls of the holy city. She disappeared in the summer of 1983 while on her way home from a music lesson in central Rome.

Emanuela had made this journey numerous times, taking the bus outside the Vatican to her music lessons at the Basilica of Sant’Apollinare. According to her older brother, Pietro, they both had a charmed childhood. They had the Vatican’s splendid gardens as their playground. Pope John Paul II was a regular sight, and would stop from time to time to talk to the children playing on the lawn.[1]

“We thought we were in the safest place in the world,” said Pietro.

At the time, the Vatican wasn’t the city within a city we know today. In 1983, the town was more like a village, inhabited by a closely-knit group of families who all knew each other. On June 22, 1983, Emanuela failed to return home from her music lesson. This disappearance has led to a mystery that has gripped the good people of Italy for over three decades.

Over the years, there have been many assumptions and theories about Emanuela’s disappearance, involving everything from mobsters and terrorists to the prominent figures in the upper ranks of the Vatican. However, Pietro never stopped his 36-year search for his missing sister. Even today, in his 60s and with a shock of white hair, he is still confident about his chances of success.

In 2017, the Orlandi family received an anonymous tip, hinting that Emanuela’s remains may be buried inside a Vatican burial site: the Teutonic Cemetery near St. Peter’s Basilica. The cryptic clue was a photograph with a message: “Look where the angel is pointing.” It turned out that the angel in the picture was pointing to the tombs of Princess Sophie von Hohenlohe and Princess Charlotte Frederica of Mecklenburg, who had both died in the 19th century.

The Teutonic Cemetery is a burial site adjacent to St. Peter’s Basilica in Vatican City. During the period of the Roman Empire, it was the site of martyrdom for many Christians and is located where the Circus of Nero once stood. In recent times, the cemetery is reserved for the burial of German-speaking Catholics.

On July 11, 2017, the Orlandi family got the Vatican’s approval for forensic investigators to open the tombs. However, no human remains — or coffins for that matter — were found. Vatican historians believe that princesses remains may have been moved in the 1960s and 70s during renovation work on the cemetery and surrounding buildings.

Upon further investigation, the search party, which was made up of members of Orlandi’s family, their lawyer, and a forensic expert, discovered two ossuaries underneath the Teutonic College. An ossuary is any space that specifically serves as the final resting place of human skeletal remains. [2]

Emanuela’s sister, Frederica, described this moment as an “emotional experience” while Pietro described the discovery as “a large number of diverse bones.” He immediately stated the need to date and identify the remains. He added it would be devastating to find the bones of Emanuela just 200 meters from their home, after all these years of searching.

According to Laura Sgro, the Orlandi family lawyer, the two ossuaries contained “very many bones.”

“Certainly, some are historic, older, but at first sight it’s not possible to do an accurate dating,” she told reporters. [3]

This discovery renewed interest in the case with many theories about what could have happened going around. All the bones and their fragments were gathered into 24 bags, sealed, and sent for testing. Less than ten days later, Vatican officials concluded that there was no evidence that Emanuela had been buried in there.

The search for Emanuela, or her remains, continues as Pietro believes she is out there somewhere, waiting to be found.