Stress Can Make Your Brain Shrink, However, You Can Stop That From Happening 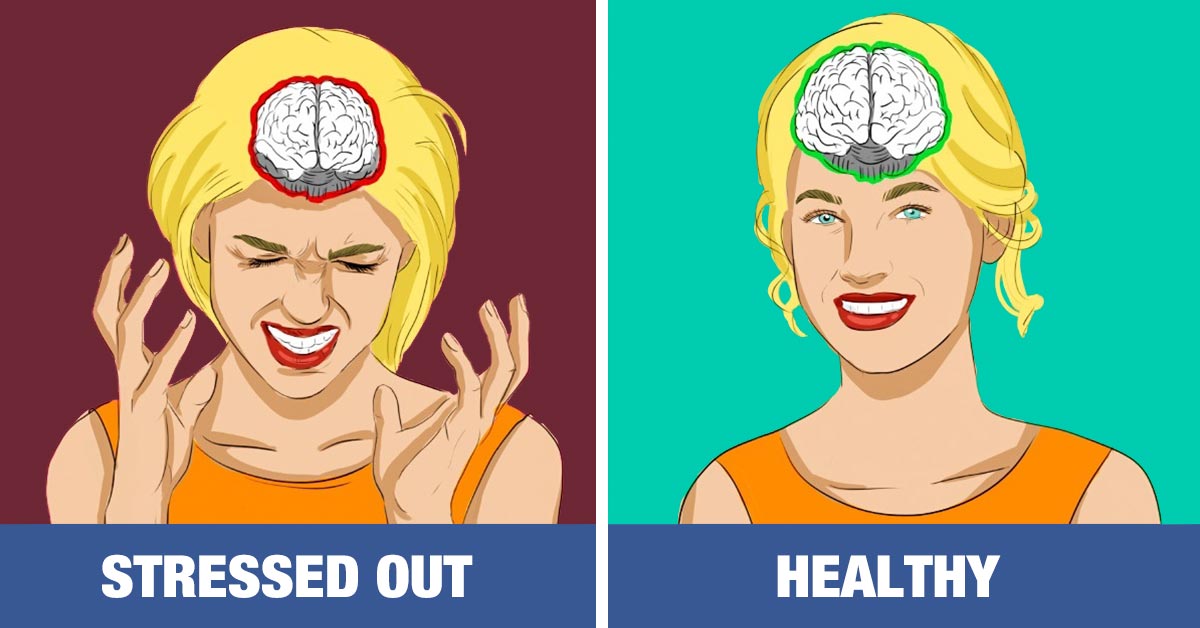 We use the word ‘stress’ so many times in a day. And why not? We find ourselves in stressful situations every single day. From running around for school to working two jobs a day, there are several reasons why you might be stressed out. However, a new study shows just how much of an impact stress can have on our brains.

Effects of chronic stress on health

Other than the effects that chronic stress has on the cardiovascular system, the nervous system, the respiratory system and other areas of the body, a new study has shown that it can shrink brain cells. The study, which was published on October 24, 2018, in the journal Neurology revealed that when cortisol — the main stress hormone — rises too much in the body, the brain also suffers.

Dr. Sudha Seshadri, co-author of the study and Director of the Glenn Biggs Institute for Alzheimer’s and Neurodegenerative Diseases at the University of Texas Health Sciences Center in San Antonio, said that although the study did not directly show cortisol as the cause of the changes to brain cells, they did find a link between high cortisol levels and damage to the brain.

He said, “We show that even among young and middle-aged adults at an average age of 48 years, highest cortisol levels in the top 30 percent were associated with smaller total brain volumes, changes in the brain white matter, and poorer performance on some memory and thinking tasks.” [1]

The study and the results

The researchers checked the cortisol levels of 2,231 healthy middle-aged people. Their findings were astonishing. A cortisol reference range of 10.8 to 15.8 microgram per deciliter was used and the participants were divided into low, middle and high in terms of the reference range. They found that the subjects, especially the women, with high cortisol levels had poorer memory and cognitive test results. There also appeared to be a reduction in their brain volume over time.

According to Dr. Seshadri, “Slightly lower brain volumes and memory performance of the magnitude seen in this study are associated with a higher risk of dementia 10 to 20 years later.” [2]

Lead author of the study, Justin B. Echouffo-Tcheugui said, “Cortisol affects many different functions so it is important to fully investigate how high levels of the hormone may affect the brain.”

He also recommended ways to help reduce this stress when he said, “Our research detected memory loss and brain shrinkage in middle-aged people before symptoms started to show, so it’s important for people to find ways to reduce stress, such as getting enough sleep, engaging in moderate exercise, incorporating relaxation techniques into their daily lives, or asking their doctor about their cortisol levels and taking a cortisol-reducing medication if needed.” [3]

This study isn’t the first of its kind

In 2014 at the University of California, Berkeley, a study showed that chronic stress not only generated long-term changes in the brain but also might explain why it could lead to mental problems later in life. The researchers found that chronic stress creates extra myelin-producing cells but fewer neurons, which results in an excess of myelin and thus an excess of white matter in the brain.

This ultimately leads to a disruption of the balance of communication within the brain. This is because there might be less room for the gray matter, which contains lots of nerve cells used for thinking, and other decision-making processes. All of this may lead to anxiety, mood disorders, and other mental conditions.

Professor of Integrative Biology Daniela Kaufer said, “We studied only one part of the brain, the hippocampus, but our findings could provide insight into how white matter is changing in conditions such as schizophrenia, autism, depression, suicide, ADHD, and PTSD.” [4]

That being said, what can you do about stress?

For starters, you have got to keep your stress levels in check. There are numerous ways you can do this, and some of them will be briefly discussed.

This cannot be overemphasized. Your body rejuvenates itself when you sleep; however, if you do not get enough sleep, you risk your health by increasing your stress levels.

Your diet can greatly affect your mood and thus your stress levels. You can reduce stress by reducing your caffeine intake and choosing healthier meals.

This entails a complete break from it all and spending more time with your loved ones. You could try yoga or meditation and maybe go off social media for a while.

Frequent aerobic exercises not only improve memory function, but also maintains brain health. Studies have shown that working out causes the release of endorphins that make you feel good.

Employ strategies that can help you to manage your workload. You could create a to-do list as this helps reduce the overwhelming feeling of your duties since you feel more relaxed every time you check an item off this list.

According to Chief Scientific Officer at McLean Hospital Dr. Kerry Ressler, “Laying tasks out like his helps reduce the feeling that the brain is being bombarded.” [5]

6. Identify your stress triggers and learn how to say no

You don’t have to overwork yourself to the extent that your brain begins to shrink. The Power of  a Positive No method, which was developed by William Ury, is a good way to go. The “Yes! No. Yes?” plan protects your interests and helps you know when to say no to avoid stress. [6]

This study isn’t meant to make you scared for your brain since stress is always going to be a part of life. Nevertheless, I hope you’ve learned a couple of new ways you can reduce your stress levels and live a happier life.