Tales from the Past That are Fascinating and Obscure 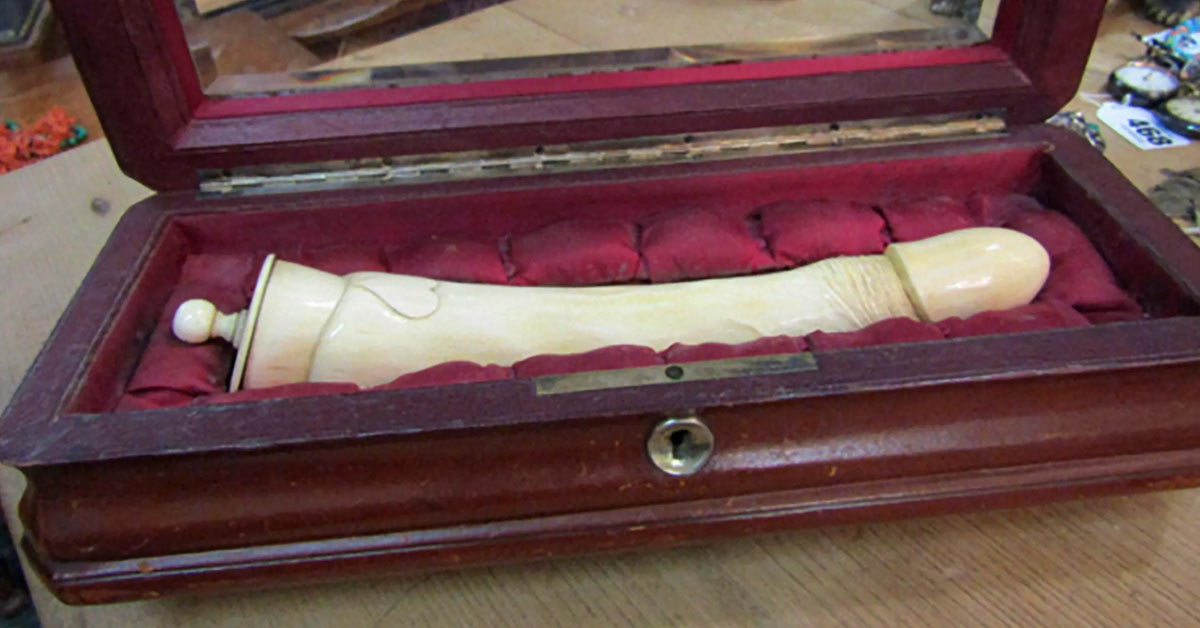 From absolutely cool albeit weird inventions to dark tales and interesting stories, let’s take a walk down memory lane. Sadly, not all of these historical ideas or inventions caught on. Some were simply too ‘out there’ or just plain ole stupid. Some were modified and are today some of the greatest inventions of all time. As for stories, well, you’ll be sure to have your mind blown by some of history’s craziest tales. [1]

Back in the 18th century, condoms were made from animal parts. There was the very popular stretch of sheep gut that had to be tied on with a tiny ribbon. What’s worse is that these condoms could be rinsed out after use and reused up to 10 times.

2. A Fall from Above

“‘Why was I the only survivor?’ is one thought that haunts me and always will,”  said Juliane Koepcke in 2010. At 17, Juliane was in the LANSA Flight 508 plane crash in 1971. The crash claimed the lives of 92 other passengers, including her mom, Maria Koepcke. She fell two miles still strapped to her chair into the Amazon jungle where she spent a gruelling 10 days away from all civilization before being rescued by a group of local fishermen. [2]

An “antique carved ivory ladies companion in scarlet lined leather upholstered carry box with inset beveled glass panel” is the very long, very fancy term used to describe this object on the Matthews Auction Room Website. It is believed to be made from the tusk of an elephant killed in India in the 1840s and carved in China between 1899 and 1901.

With a death toll of at least 50 million, the 1918 Influenza pandemic otherwise known as the Spanish flu was the most severe to occur in recent times. Caused by the H1N1 flu virus, it is often referred to as the deadliest outbreak of the 20th century.

In the late 1890s, German drug company Bager made a lot of money from selling heroin as a cough and cold remedy. What’s more disturbing is that the drug was promoted for children’s use.

In 1865, Abraham Lincoln’s son, Robert Lincoln was accidentally knocked off a platform in a New Jersey train station. He would have been seriously injured or crushed to death if not for Edwin Booth who reached down and grabbed him. Edwin Booth was the brother of John Wilkes Booth who assassinated President Abraham Lincoln.

Donated to Raahe museum by Captain Leufstadius in 1860, “the Old Gentleman” is one of the first-ever diving suits. Although its novelty fazed out soon after being made — it was not entirely waterproof and unable to withstand high pressure — it did afford the diver short stay periods underwater. And it might have inspired more functional diving suits and scuba gear we have today.

The Wanha Herra made mostly of cow leather with the seams sewn using a wax thread and sealed with pitch. It was made waterproof by a pork fat, pitch, and tar mixture. A wooden framework holds the hood-shaped head in place and it has a breathing port, which is essentially an opening on the head through which a wooden pipe passes. [3]

A human skull with a broken spear still embedded in it is said to have belonged to a Roman Soldier who was killed during the Gallic war in 52 BC.

Whoever invented this probably wanted to have a bat’s super hearing. However, these Japanese ‘ear-enhancers’ fall short in the aesthetics department.

This is just one of those things you need to take a good look at to understand. Invented by Italian M. Goventosa de Udine in 1931, this motorcycle could reach a speed of 150km/h.

Who came up with this idea? A disaster waiting to happen and, well, a disaster in itself. In the ’50s, baby strollers were attached outside the buses. Not a good idea.

I prefer a four-leaf clover over this ‘good luck charm.’ The same cannot be said for some places in Europe where the dried or desiccated body of a cat is hung inside the house to ward off evil spirits or as a lucky charm.

On June 16, 1944, George Stinney became the youngest person to be put to death in modern times. He was sentenced to the electric chair for the murders of two young white girls whose bodies were found in a ditch. He was exonerated 70-years too late.

This 3-person casket was custom-made by a bereaved couple who lost their daughter. The plan was to commit suicide and be buried with her, but they never came back to collect the casket after it was made. Guess they hadn’t gotten to the fifth stage of grief — acceptance — when they ordered. The casket is on display at the National Museum of Funeral History in Houston, Texas.

Conjoined twins Chang and Eng Bunker (May 11, 1811 – Jan 17, 1874) propelled the term ‘Siamese twins’ to become synonymous with conjoined twins. They were known to be “two of the 19th century’s most studied human beings.” Between them, they had 21 children with their wives who were sisters. Perhaps, their sex life is what most people were curious about, but there are no details about that.

A construction crew made a shocking discovery when they dug up a lead and bronze 3-feet long coffin from underneath a house in San Francisco. The coffin revealed the perfectly preserved body of a blond girl in a white dress holding a rose. It was estimated to be 145 years old. An intensive investigation later revealed her to be Edith Howard Cook.

Sarah Rector was known as the richest colored girl in the world when she became a millionaire at the age of 10 after an oil well was discovered in her property. She had received the land as a grant from the Creek Nation as part of reparations. Talk about a real-life fairytale.

That’s it for this blast from the past. Hopefully, you were regaled by these tales and learned something new. Maybe this got your creative juices flowing. Got anything you want to invent? Go right ahead, we most likely have seen worse over the years.