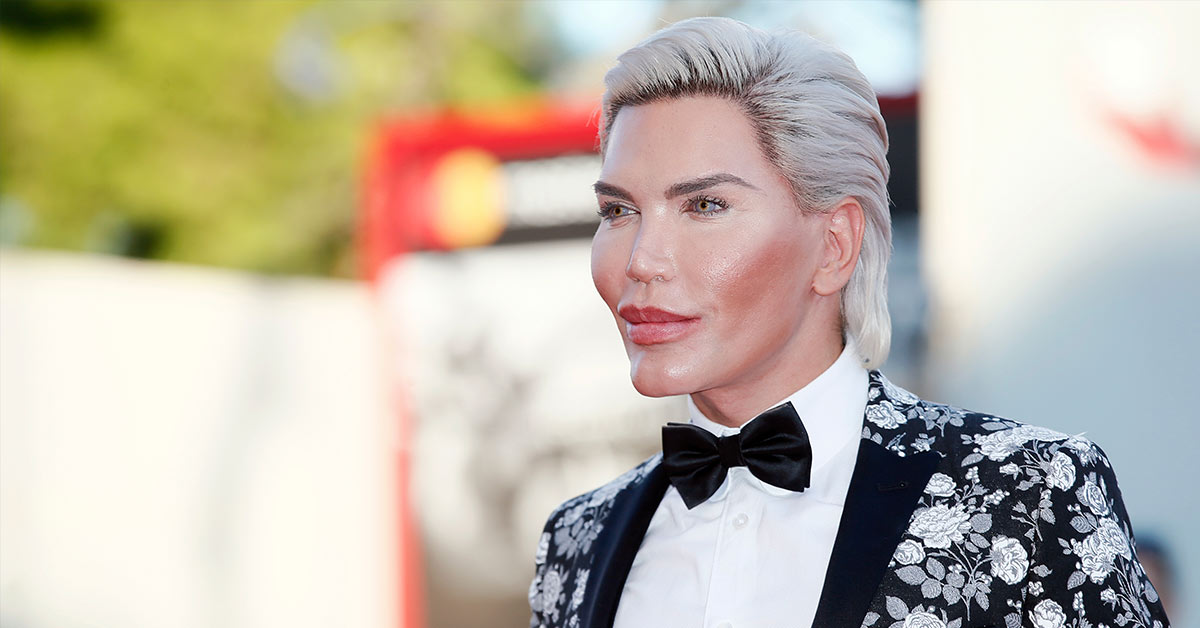 Cosmetic surgery is an excellent way to alter the body to fit whatever vision you have for it. However, too much of a good thing can be dangerous.

Meet Rodrigo Alves, more popularly known as “the human Ken doll,” because of his fascinating fixation on looking like Barbie’s plastic beau. However, after almost a dozen nose jobs, he says his nose is “sinking,” and this may lead to life-threatening infections.

Alves says he is afraid that his nose will collapse permanently, so, against his doctors’ warnings, he plans on going under the knife yet again. So far, the 36-year-old has spent close to $775,000 on 72 operations, including a rib removal for a slimmer waist.

This time, the Brazil native says he’s terrified to undergo the dangerous surgery. “I am scared, to be honest,” he says. “Each time is riskier than the last, and I’m worried that doctors aren’t going to be able to fix my nose permanently.” [1]

Alves recently had to undergo his 11th rhinoplasty to resolve breathing issues and fix previous botched jobs. Unfortunately, that didn’t solve the crux of the problem since his nose is collapsing again. However, doctors have warned him that if he does any more cosmetic surgeries on his nose, he “could be left with a hole in his face.”

In 2016, the former flight attendant was rushed to the hospital after a hole appeared in his nose. Later, he admitted that an infection was “eating away” at his nose, and he was receiving treatment for life-threatening necrosis. Alves was warned that his nose could rot and drop off if he undergoes any more operations.

He later appeared on the Italian show “Domenica Live” with a collapsed nose and revealed that in the weekend before the show, he had had a gastric balloon inserted into his stomach to help him lose weight.

“I have also gained 20 kilos [44 pounds] in the past few months due to the distress of not being able to breathe,” he said.

Since doctors have urged him to stop, Alves says that he is only considering non-surgical procedures to “maintain [his] looks” for the foreseeable future.

“I only had 72 surgeries because I had a lot of complications and things had to be repaired in the start,” he says. “It used to be a want, now it is a need.”

Should I undergo cosmetic surgery?

Cosmetic surgery is a specialization of plastic surgery that deals with the restoration, reconstruction, or alteration of various parts of the human body for aesthetic appeal. “It can have benefits for many people, including boosting self-esteem,” said Dr. Alan Matarasso, a former president of the American Society of Plastic Surgeons.

Cosmetic surgery is common today and is generally considered to be a safe procedure by the medical community. Every year, about 23 million cosmetic surgeries are performed worldwide on individuals seeking to change how they look and feel about themselves. [2]

However, like all surgeries, cosmetic surgery poses several risks, including infections, scarring, nerve damage, and reactions to surgical anesthesia. People who undergo multiple surgical procedures significantly increase their risk for these complications.

In 2017, a doctor on the medical show “Botched” told Alves that his three nose surgeries in one year had destroyed his skin tissue.

“Ideally, you want to do the least amount of surgery that will make a patient happy,” Matarasso told reporters. “Plastic surgery is safe. It’s effective. It’s ubiquitous. But it’s not a haircut. All of these procedures have risks.” [3]

The new danger of cosmetic surgery

One hidden risk of cosmetic surgery that’s only just becoming visible is addiction. Many people’s idea of perfection switches with every change they make to their body, often without their even realizing it. This leads to unrealistic expectations and an addiction for going under the knife.

In this case, the cosmetic surgery opens a “Pandora’s box” of seeking additional procedures because they’re never entirely happy with the results. To prevent this, psychologist Charlotte Markey advises people to address their low self-esteem before undergoing surgery.

“Self-acceptance is not just about how we look,” Markey said. “Data suggests that cosmetic procedures don’t have a lasting effect on people’s positive body images nor their general well-being.” [4]

It just comes to show that high self-esteem cannot be bought, even for the costly price of cosmetic surgery. Self-acceptance is free and can garner much happier results.