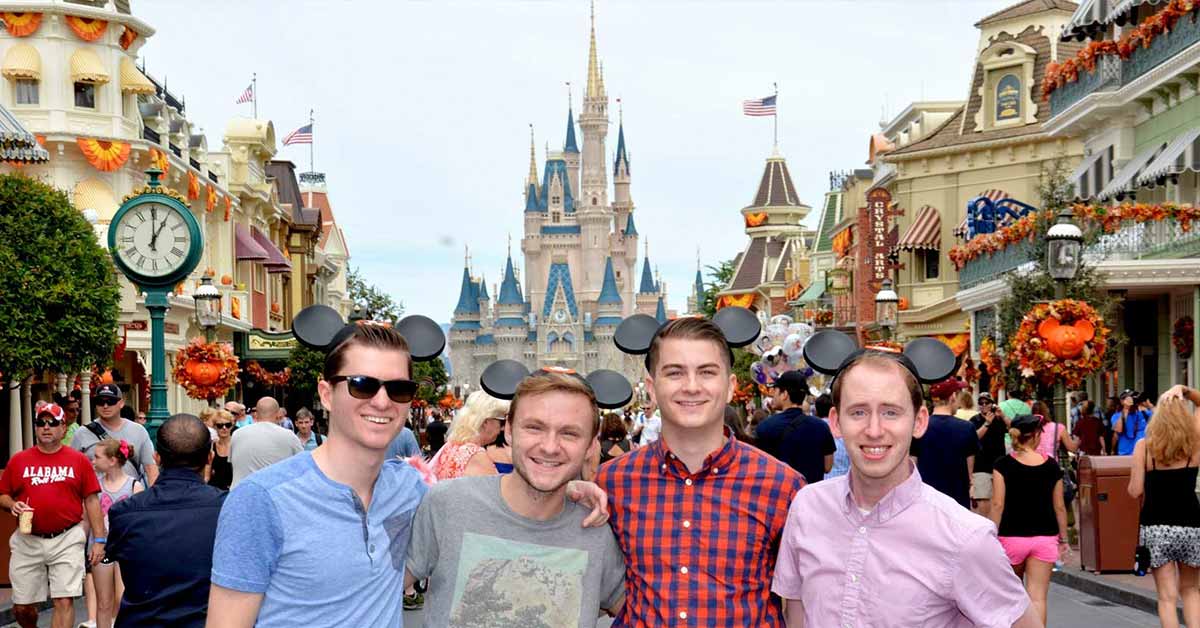 Even the happiest place on earth fails to make everyone happy as one parent’s frustration spurs a heated debate about whether guests without children should be allowed into Disney World.

However, not everybody is happy about the mix of people coming to the happiest place on earth, especially when it comes to childless millennials. An anonymous mom’s rant about “childless” couples at Disney World — whom she claims to hate “with a BURNING PASSION” — has gone viral on social media.[1]

It all started when a Twitter user, @JenKatWrites, shared a screengrab of an old social media post made by an upset mother, whose name was redacted, lashing out at childless adults for visiting the popular theme park.

The post, which is chock full of harsh expletives and capitalized sentences, has succeeded to spark a debate online with many people running to the defense of these childless adults who are accused of sucking all the fun out of Disney World for parents and kids.

DW is a FAMILY amusement park!!!! yet these IMMATURER millennials THROW AWAY THEIR MONEY ON USELESS CRAP!!!!! They have NO idea the JOY and HAPPINESS it is to MOTHER WHO BUYS THEIR BABIES TREATS AND TOYS!!!! THEY WILL NEVER EXPERIENCE THE EXHAUSTION THAT IT IS TO CHASE A 3-YEAR-OLD AROUND AND GETTING STARES AT ASSUMING IM A BAD MOTHER!!!![2

THANKS B***H YOU MADE MY SON CRY!!!” the Facebook poster wrote. “DW is for CHILDREN!!!! People without children need to be BANNED!!!! Mothers with children should be allowed to skip ALL THE LINE!!!!

The post has since gone viral with 73K likes and 22K comments so far.

Not the Reaction You Expected

However, it seems like the Millennials are not having any of that. Social media users have since weighed in on the post overwhelmingly in favor of people visiting theme parks no matter their age.[3]

Tweeter user @JenKatWrites, who dug up the original post, captioned it as: This is my new favorite wild mommy post. It’s me, the millennial slut who just goes to Disney World to make children cry.

According to @orangepeel18: Sounds like she’s resentful she’s not having fun because she’s too overwhelmed with toddler needs, and envious of unencumbered women (likely her own age) who are actually having fun. Sounds like she’s the one who needs to grow up and stop blaming others for her own choices.[4]

User @tomlasusa felt that As a parent who took his kids to Disney World a few years back, I would LOVE to go back and enjoy the rides and attractions without them at some point LOL. Amusement parks are for everyone!

However, what fueled the debate, even more, was an argument in The New York Post that claimed going to Disney World without children was “weird.”

“Millennials are indeed in an unhealthy relationship with Disney, having granted control of so much of their leisure time and personality to a single, enormous corporate entity meant for children,” the post written by Johnny Oleksinski read.

“Another oft ignored problem with letting a kids brand control your adult life is the stupidity and culture ignorance it leads to,” he added. [5]

In the case of Disney, which is gearing more toward millennials with nostalgic attractions and added cocktail bars, it’s not as simple as hopping in the car and strapping into the Tower of Terror. A trip to the happiest place in the world is certainly not cheap and can set you back a pretty penny.[6]

It currently costs $109 per day to visit one of Disney’s four parks totaling $654 for a six-day trip. Hotels around the city Orlando will run you about $150 a night, giving us $750 for five nights. The average airfare to Orlando stands at about $260, according to the Bureau of Transportation. This all comes to about $1664 without food and drink.

This doesn’t seem to deter those willing to relive their younger years. A 2018 survey from research firm Morning Consult showed that at least three-quarters of millennials — 78% with children and 75% without — said they’re planning on going to a theme park this year, compared with 58% of all adults.[7]