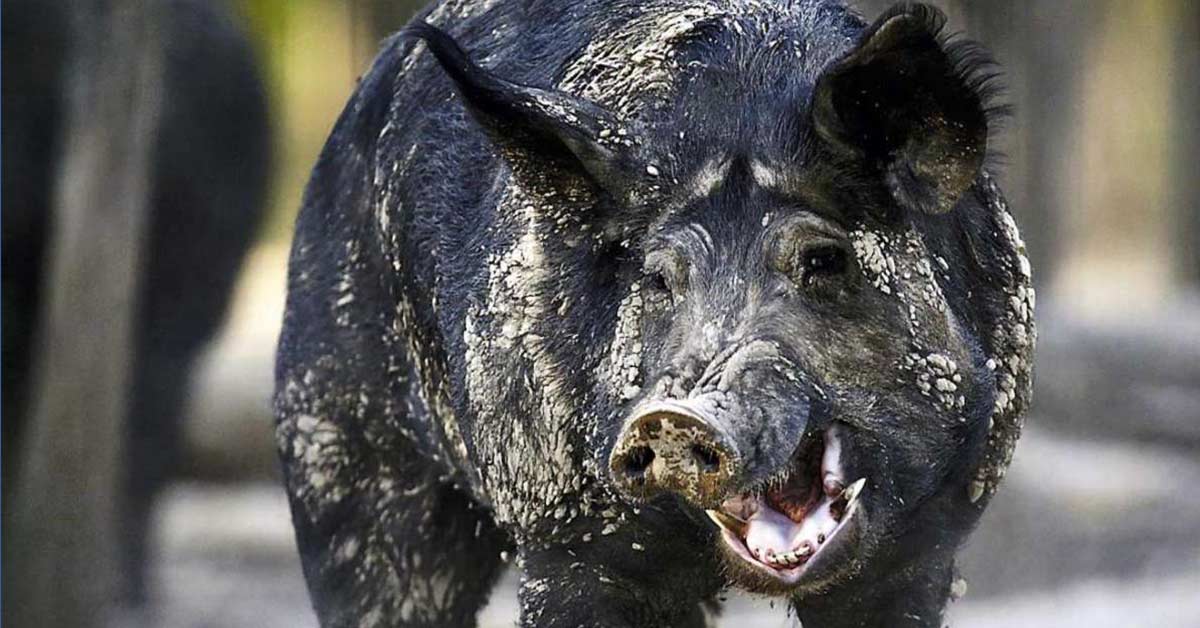 Mother Earth had probably seen enough of her children being buried due to drug-related deaths, and she just had to send her ‘loyal agents’ to tear out and destroy $22,000 worth of cocaine, ultimately leading to the arrest of the culprits.

The Italian police in Tuscany became suspicious of a relentless drug-running gang when the death of a 21-year Albanian was linked to their activities on the streets. [1] Between September 2018 and March 2019, the gang of three Albanians and one Italian flooded the clubs and streets in Arezzo and Sienna with 80 to 85 percent cocaine. The police believe they sold a gram of the drugs for 80 to 100 euros (about $88–$110). When the 21-year-old’s cause of death was determined, the gang became persons of interest in the case and were still being investigated when the hogs decided to ‘close the case.’

According to Italy’s IL TIRRENO, the drug runners had put the cocaine in jars and sealed them tight in waterproofs before burying them in the forest near Montepulciano. The wild hogs managed to sniff them out and stomped over all the jars, destroying €20,000 ($22,000) worth of coke from Perugia.

The police had wiretapped the gang’s phone network and overheard the conversation about the destroyed drugs. The suspects were immediately arrested on drug-trafficking charges. Two of them were later jailed and the other two were placed on house arrest.

It remains unknown how much coke the hogs ingested or what happened to them thereafter, but the wild hogs who are known to terrorize farms and destroy crops finally found some purpose in the world: drug busting.

How wild hogs are a cause of major concern in Italy

Drug dealers aren’t the only ones fed up by the wild boar menace in Italy. Hundreds of farmers stormed the streets of Rome in November 2019 to protest the destruction of their crops and threat to safety posed by these dangerous animals. [2] According to the president of Coldiretti, the country’s largest farmers’ association, Italy’s wild boar population has increased by over 2 million since 2015, and these feral animals are responsible for about 10,000 road accidents every year. Between January and September of 2019, 13 motorists were killed in collisions with the stoutly-built beats.

Wild hogs, easily identified by their coarse body hair, sharp tusks, and ragged appearances, have continuously destroyed acres of crops in farms, attacking livestock and damaging warehouses. Several people have also been injured in the attacks as the animals are slowly creeping into urban areas.

Ettore Prandini, the president of Coldiretti, said, “It is no longer just a question of compensation but a matter of personal safety and it must be resolved. Ministries and leaders of regions and municipalities must act in a concerted manner to draw up an extraordinary plan without administrative obstacles, otherwise, the problem is destined to get worse.”

Some places in Italy are now covered by more vegetation since farmers are abandoning their lands to stay alive. Boars can give birth to six to 14 piglets at a time and the population just continues growing exponentially, and farmers are taking the brunt of the rampage.

“We have had this problem for years but now the situation is out of control,” said Alberto Vincenzo Pagani, the mayor of Binago. “They are free to move around as they wish. Boar don’t go into offices or factories, so the only ones penalized by this freedom are farmers.”

As a means to control the boar population, hunting the animals is allowed in Italy. Their meat is also a favorite in some local cuisines. However, boars are extremely dangerous and many hunters have lost their lives.

Addressing the protesters, Teresa Bellanova, Italy’s Minister for Agriculture explained that the situation is not one the country can tackle singlehandedly. In her words: “The theme of wild animals is very important and we must take charge of what is happening to you, the agricultural world. We have unblocked a decree for the recognition of damages caused. You can guarantee our total commitment. These are problems that can’t be resolved only by the regions, we must also ask Europe for solutions.”